Going back to our roots...

Today, we pay homage to the beginnings of Toronto Outdoor Art Fair and share the history of this beloved art event founded by philanthropists Murray and Marvelle Koffler as we embark on the Diamond Jubilee anniversary. It is a fascinating origin story. We have put together excerpts on our blog from our history book, The Toronto Outdoor Art Exhibition: Its History from 1961 to 2007, and tales from the TOAF founders, early organizers and artists. We are honoured that the members of the Koffler Family have joined as Honorary Chairs and lead patrons of the 60th Anniversary. It is with great pride that we continue the legacy of TOAF with unwavering commitment from supporters, public funders, fellow arts organizations and the community of artists.

TOAF started as a humble and small gathering at the parking lot of the Four Seasons Motor Hotel on Jarvis Street, to bring artists and art lovers together in a public space. This year, we are going back to our roots with a small selection of TOAF60 artists at stackt market from July 2-11. Small, distanced, fitting for our times! Details TBA. Our main showcase of 400+ artists from Toronto, across Canada and beyond, will be online. Artworks will be available for purchase starting on July 2, 2021 at 11:00 AM at TOAF.ca.

stackt market, designed entirely out of shipping containers, is a dynamic urban space and cultural marketplace. We are excited to join forces with them to animate their site with the magic of TOAF artists. We hope you are ready and enthusiastic to meet artists in person (

+ distanced), talk about inspirations, and see art in the flesh like we used to! 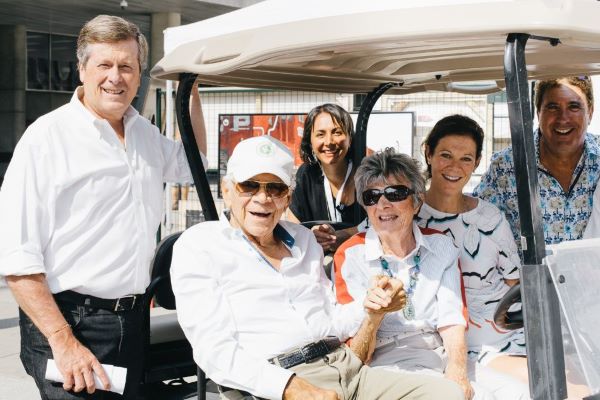 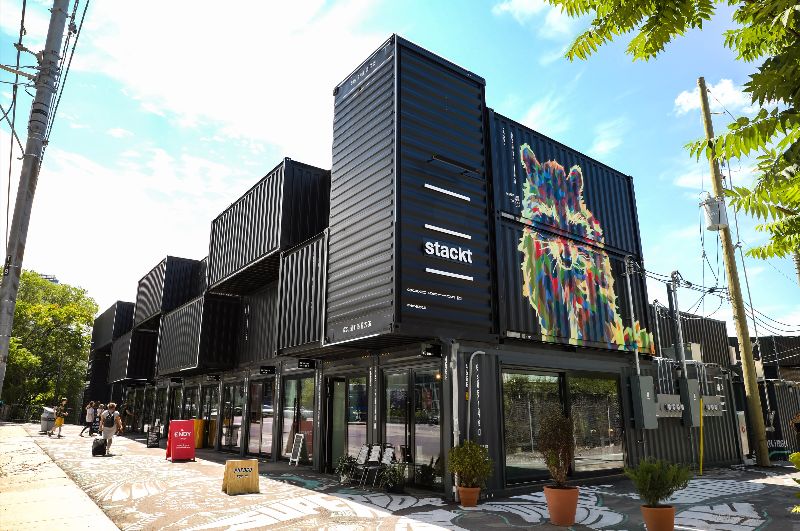 How It All Began

"In 1960, my wife Marvelle and I had spent a weekend in New York where we were delighted in attending the famed Washington Square outdoor art show. On the plane home, we read in a Toronto newspaper that a group of artists had been ousted from the front of City Hall for trying to display and sell their artworks. Immediately, a great idea struck me! Why not invite these and other budding artists to show at a non-city-owned location.

The timing could not have been more appropriate. My partners and I were preparing to open the Four Seasons Motor Hotel on Jarvis Street in Toronto, and the parking lot and courtyard were ideally suited for this purpose. We chose the weekend of August 5 & 6, 1961. My friend, Alan Jarvis, former head of the National Gallery of Canada, chaired a committee of interested volunteers to mount the very first Toronto Outdoor Art Exhibition. And, as they say, the rest is history." 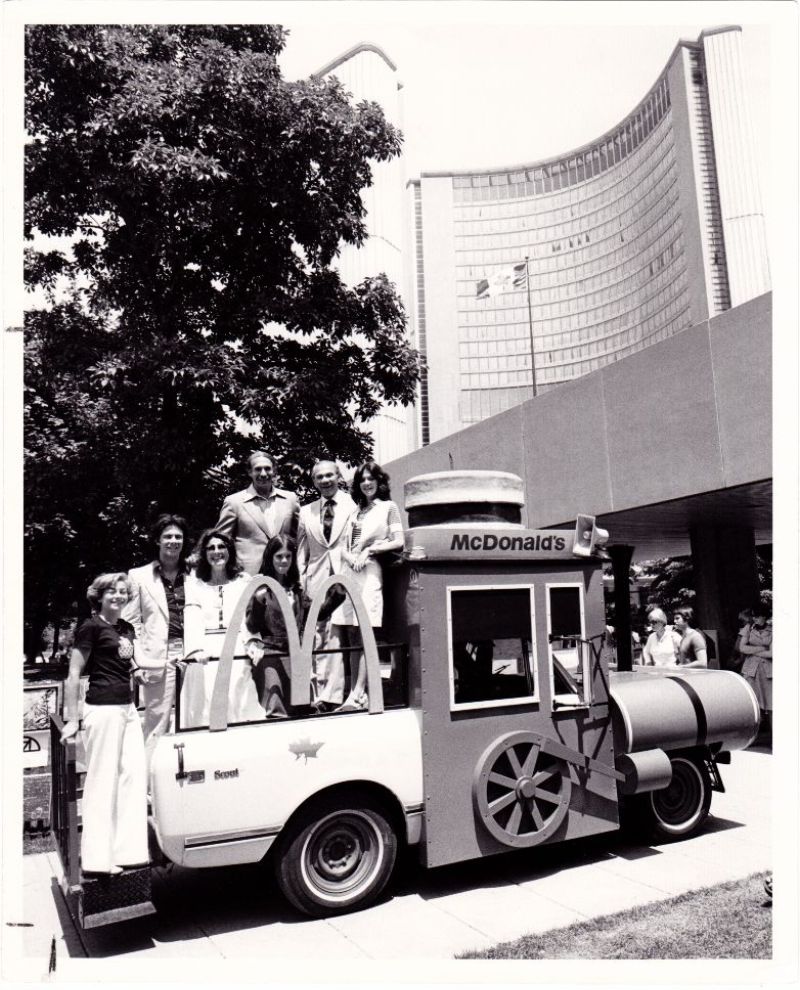 The First of Many 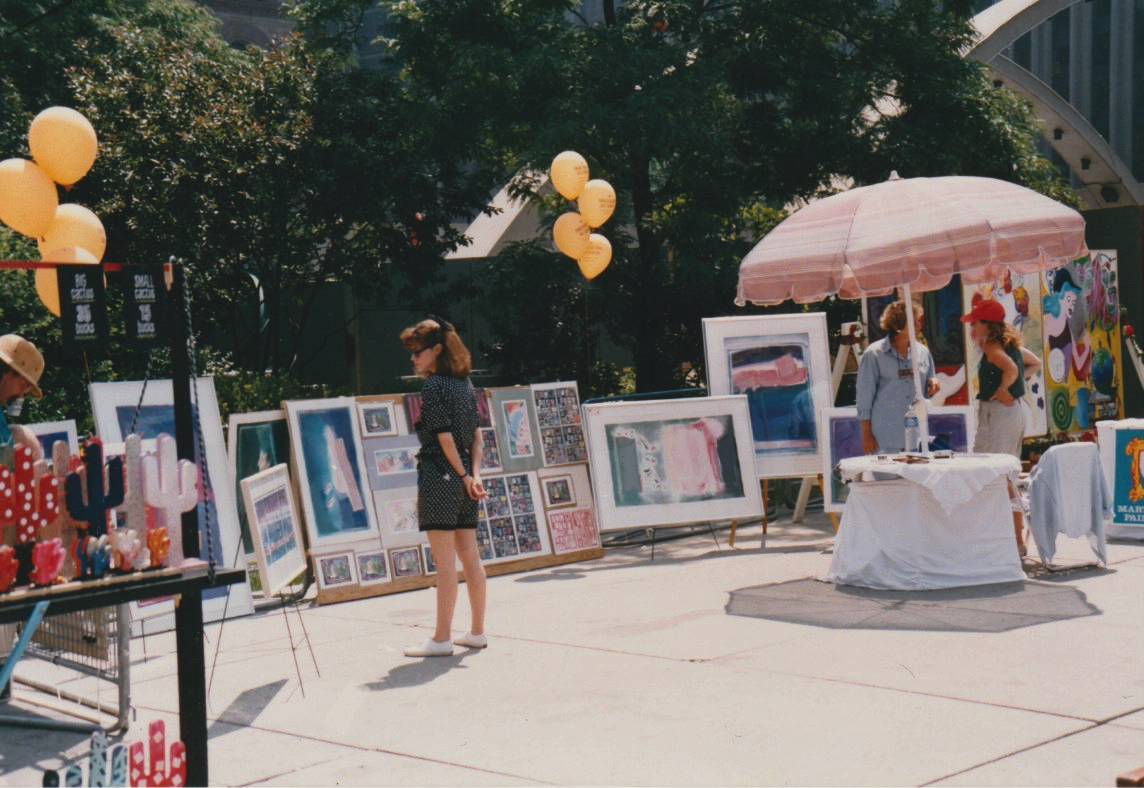 Photo: Artist Janna Robins Walters, who has exhibited at TOAF a few times, shares this image when she first started exhibiting at TOAF in 1989.

The show was scheduled for two weekends in August 1961. Through the arts grapevine, local artists were invited to select what they considered their best and most recent work for display and possible sale.

Approximately one hundred apprehensive exhibitors hung their wares on fences, tables, walls and stands borrowed from neighbouring CBC. During that first weekend, the threatening rain appeared sporadically. Artists quickly gathered up their gear and headed into the corridors of the Four Seasons, only to move out and in again as the sun got the upper hand. Veteran public relations consultant Ben Viccari writes in Canscene, "the hotel bar did better business than the artists."

For that first show, David Silcox, an art student, acted as the volunteer executive director, and later had an amazing career as Canada's Council's first Arts Officer and subsequently President of Sotheby's Canada. Among the pioneer exhibitors were Ray Cattell, Ken Danby, Lorraine Surcouf, Joseph Cusimano, Gordon Rayner, Irving Berman, Jack Reppen, Pat Fleisher and Dennis Burton, all destined to have long and successful careers in the world of art. 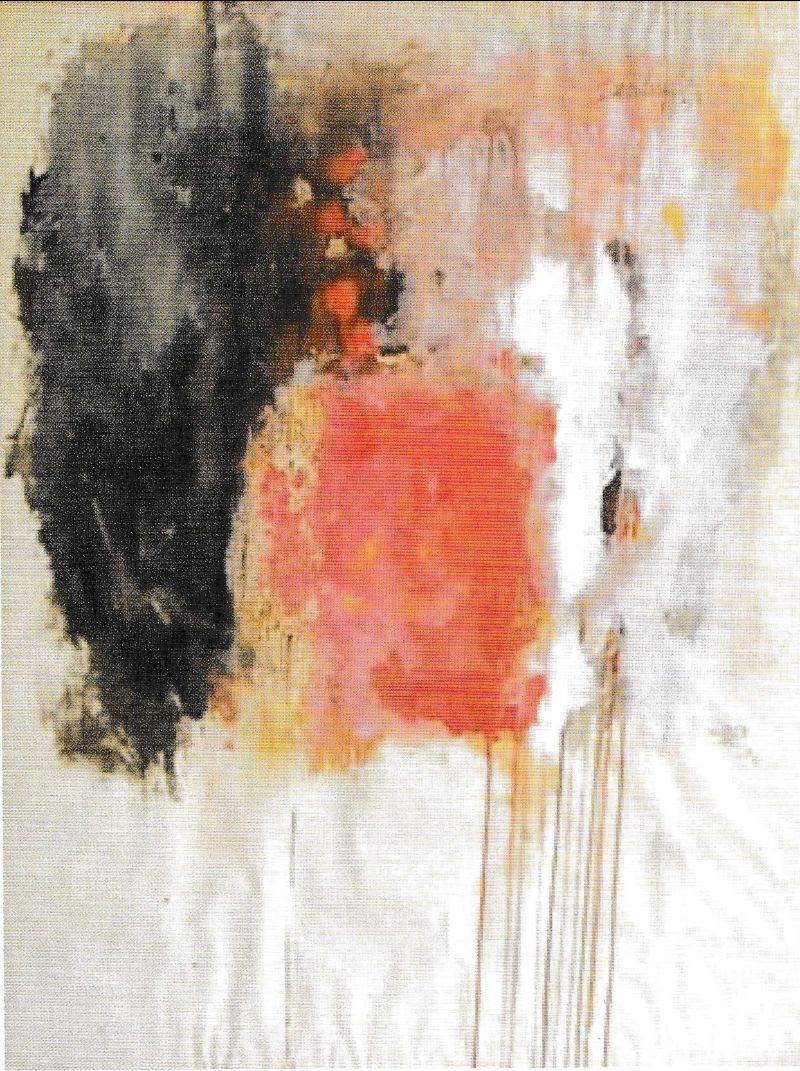 Surprisingly, media representatives showed up to support the underdog artists and the resulting coverage in Toronto's dailies, radio and television stations virtually assured a good crowd the following weekend. Mayor Nathan Phillips had declined to attend, but after seeing the media coverage, showed up the following weekend to chat with artists and pose for photographers. The artist's total sales were $10,000, a goodly sum in 1961. 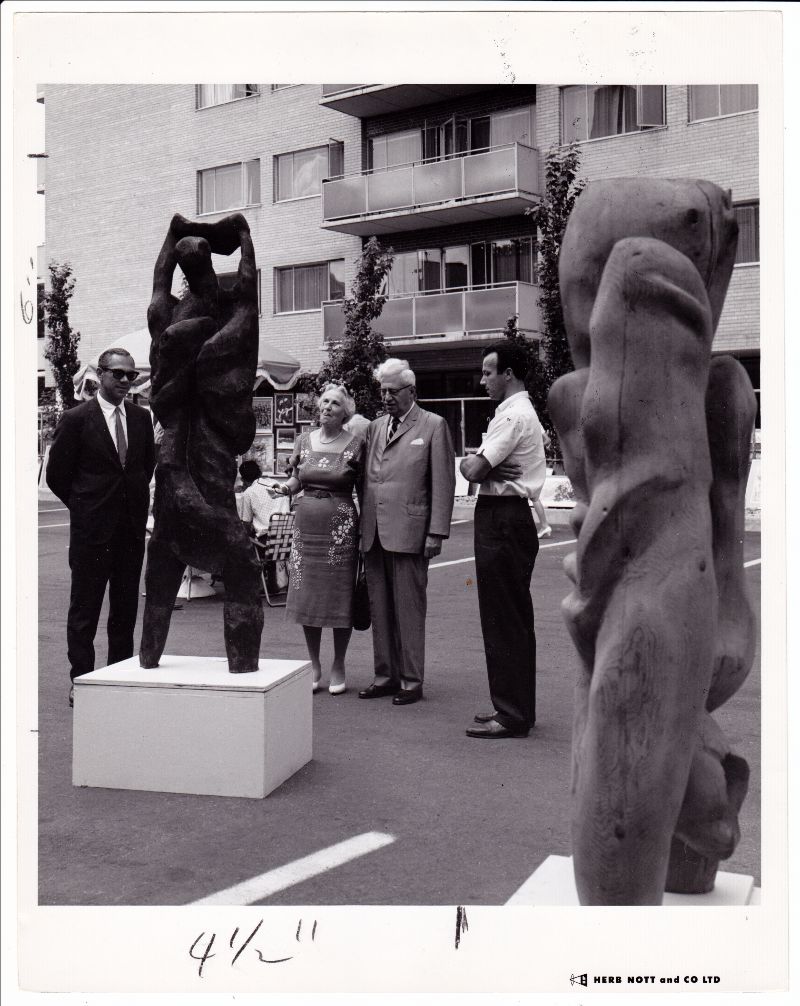 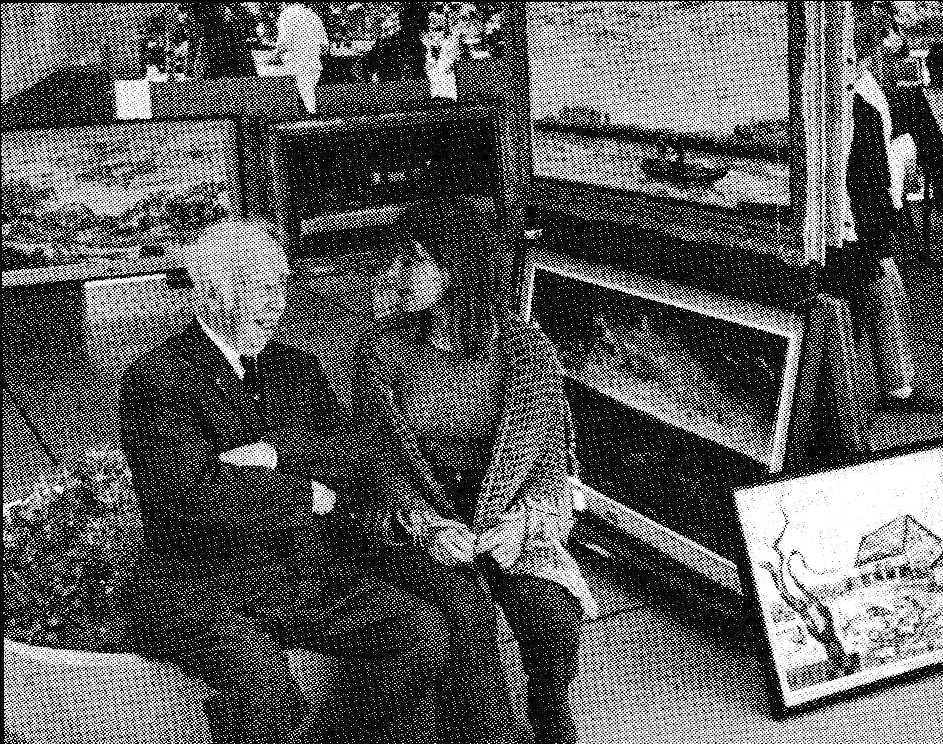 Photo: A.Y. Jackson, the surviving member of the original Group of Seven at the time, was an honorary Judge of the Show, 1970. Photo courtesy City of Toronto Archives, Fonds 74, File 2.

"I spent a few summers in the early '80s at the Toronto Outdoor Art Fair with my work. It was a great experience meeting fellow Torontonians and tourists and having a chance to tell my story. I even sold a few prints which made the experience that much better!"