She is known as the queen of colour and has a true passion for her work.

“Being an artist, former art teacher and long-time supporter of the creative life, I cannot think of a better place to celebrate all of these things more than at TOAF. I also deeply encourage collecting real art for the home, too. Being a designer-nothing speaks to the home more than art! Coming out to TOAF and learning of new artists and their work – supporting them by acquiring their works – is such a wonderful way to spend your time... and money. I count down every year to TOAF and cannot wait to see all of the beautiful creativity flying around Toronto this year!” 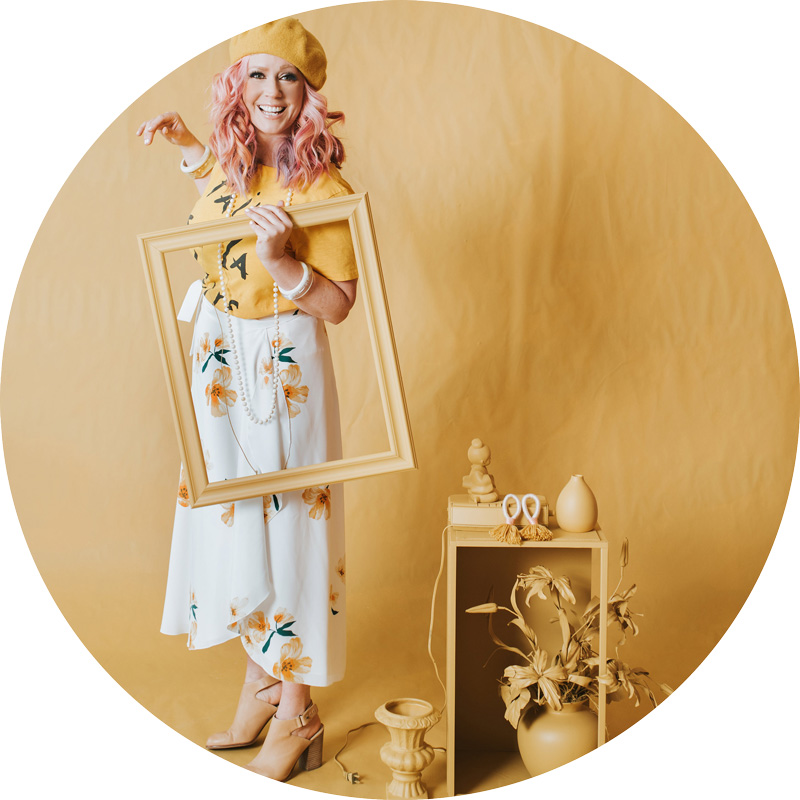 Tiffany Pratt is a designer, artist, creative director, author, speaker, television personality, podcaster and maker. She is a technicolour force, and her multifaceted design philosophy transforms people, objects and spaces. Having worked in fashion and beauty in New York for almost 10 years, Tiffany returned to her Canadian roots in 2008, and opened up her own art studio Glitter Pie, where she taught children and adults alike the true magic of making. She inspired the process of art instead of celebrating the finished product & rejoiced in the daily discovery of creative invention. Glitter Pie was more than just a studio.  It was the birthplace that inspired the creative path she is on and also where her television career was born. A morning live-eye on Toronto’s Breakfast Television broadcasted her space and magnetic spirit to the city.

She has a unique gift to see the exquisite in the unexpected, which is reflected in her first book with Penguin Random House called, This Can Be Beautiful. Her love for treasure hunting and transformation continued with her first show on HGTV Canada called, Buy IT, Fix IT, Sell IT, and her brilliant transformations have been featured on the last four seasons of HGTV Canada’s Home To Win.

Tiffany has an unmistakable, standout style.  She is known as the queen of colour and has a true passion for her work. From interior design, commercial design, art direction, product design, installations, writing, painting, making, speaking or styling, Tiffany preaches that the power to change and re-imagining can also change lives. Tiffany’s ability to connect intimately and inspire her clients is unparalleled.  She leaves her heart and a trail of glitter wherever she goes. Tiffany Pratt loves her work and she loves you!