Browse special collections of artworks curated by guest artists, curators, and collectors for inspiration and new entries into your art discovery journey.

A dynamic group of seasoned and emerging artists, collectors, arts managers, and curators have put together a collection of their inspirations to bring new perspectives to art lovers. Enjoy browsing these collections! We hope they inspire you to find works of art for your spaces.

Jeremy Vandermeij is a designer of systems, interiors, furniture, and organizations. He has created and led for-profit, non-profit, and charitable businesses of various sizes. Jeremy is the Executive Director and Co-founder of DesignTO and has worked at Informa Canada, the Gladstone Hotel, TMU University, World Design Weeks, and George Brown College.

Our team has put together a collection of works in the spirit of the season. We hope you tap into the magic of dark long nights and whimsical lights in during special time of the year. 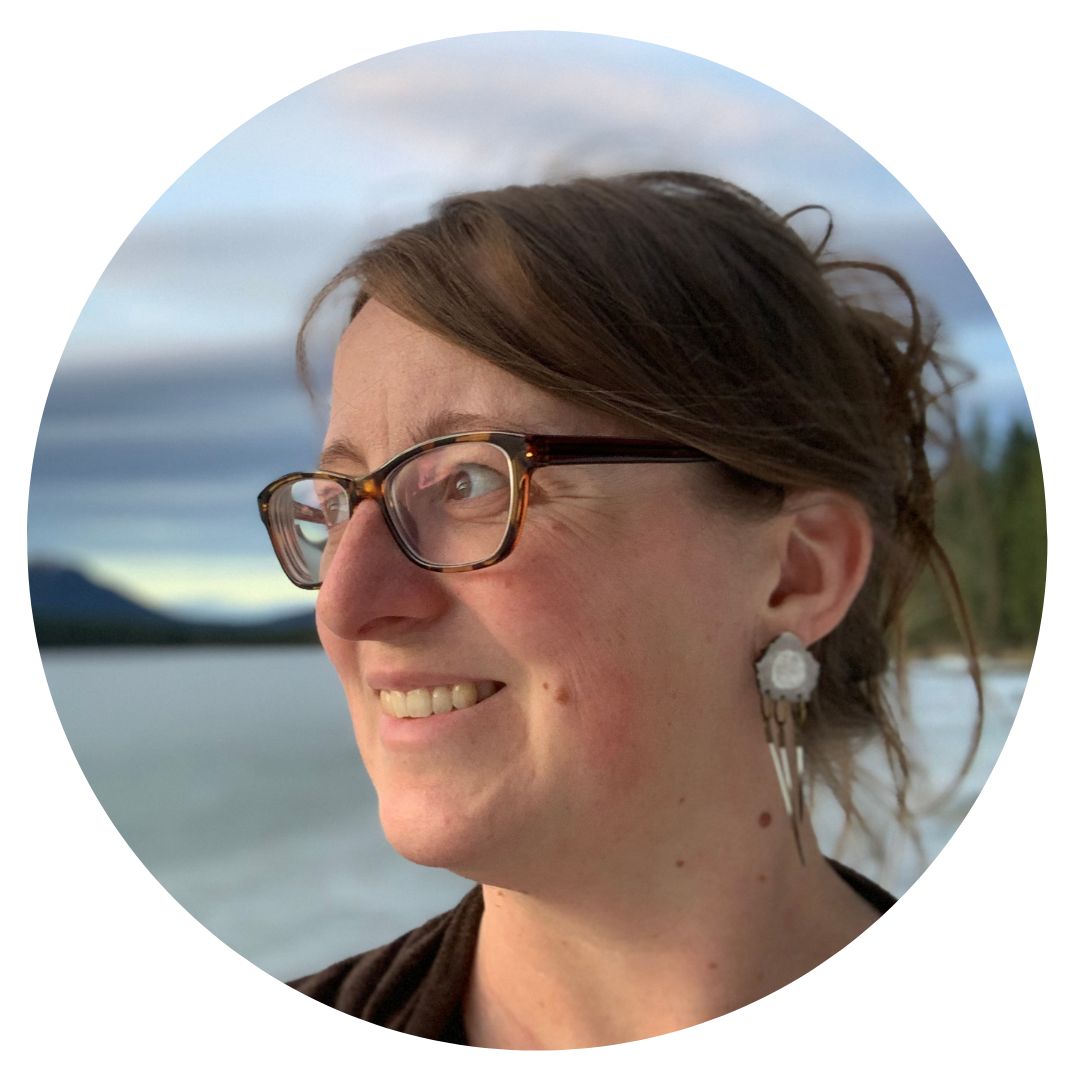 Crystalynn Tarr began her career painting in acrylics but with the desire for treading lightly on the land, she felt compelled to shift from purchasing plastic based, industrial coloured paints to soil based watercolours. It was a transition fraught with many experiments, failures and a lot of research in traditional painting methods.
Her work seeks to convey a deep sense of place; from the medium used to the subject matter. The process forces her to slow down, take time and watch the wonder of creation, be thankful for its existence, marvel at its provision and respect it as our temporary dwelling.  Each colour used is rendered from the soil she forages near her home and in her travels, holding her memories in hue and tone. The pigments are collected by hand in small batches and processed into watercolours using traditional methods with deep gratitude and respect for this temporary dwelling. The process is as much part of the art as the paintings themselves.

Meghan Yuri Young is a writer, speaker, wellness consultant and mental health advocate. With nearly 15 years of experience in media, she has since branched off to focus on art initiatives, wellness and the mental health community — the latter through the founding of The Sad Collective. As a speaker and advocate, her goal is to not only promote happier, healthier lifestyles, but also awareness and activism, both individually and collectively.

Hangama Amiri works predominantly in textiles to examine notions of home, as well as the ways in which gender, social norms, and larger geopolitical conflict impact the daily lives of women, both in Afghanistan and in the diaspora. Her recent bodies of work have taken a new turn of narratives and a new lens on the domestic spaces created by the Afghan people as a response to political controls. Continuing to use textiles as the medium, Amiri searches to define, explore, and question these spaces. The figurative tendency in her work is due to her interest in the power of representation, especially of those objects that are ordinary to our everyday life, such as a passport, a vase, or celebrity postcards. Amiri holds an MFA from Yale University where she graduated in 2020 from the Painting and Printmaking Department. She received her BFA from NSCAD University in Halifax, Nova Scotia, and is a Canadian Fulbright and Post-Graduate Fellow at Yale University School of Art and Sciences (2015-2016). Her work is exhibited nationally and internationally in New York City, Toronto, France, Italy, London (UK), and Sofia, Bulgaria. Amiri was also an artist-in-residence at the Banff Centre for Arts & Creativity (Fall 2017), Joya AiR Residency Program in Almería, Andalucía, Spain (Winter 2017), World of CO Residency program in Sofia, Bulgaria (Spring 2018), and at Long Road Projects in Jacksonville, Florida (Summer 2019). 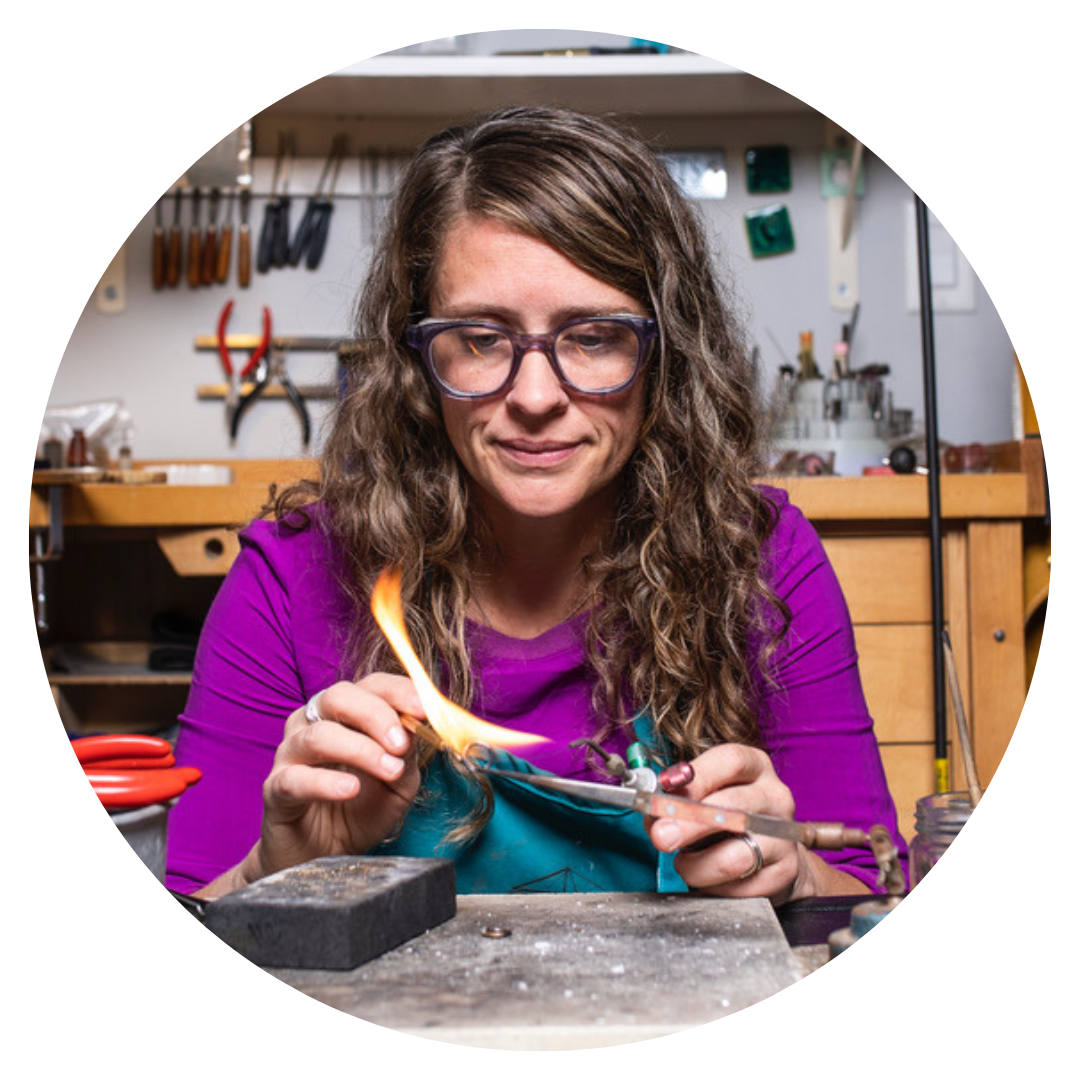 Miranda Britton is a jeweller, multi-disciplinary artist and gallery owner based in Muskoka, Ontario. As a jeweller, Miranda creates pieces that explore the multitude of ways that humans converge with the natural world. Using abstracted and simplified representations of organic motifs, her pieces celebrate many facets of the natural world, reminding the wearer of their place within the natural order of things. Together with her father, Miranda opened the Britton Gallery in Bracebridge in late 2019 and the experience has re-invigorated her love of art in its many forms. 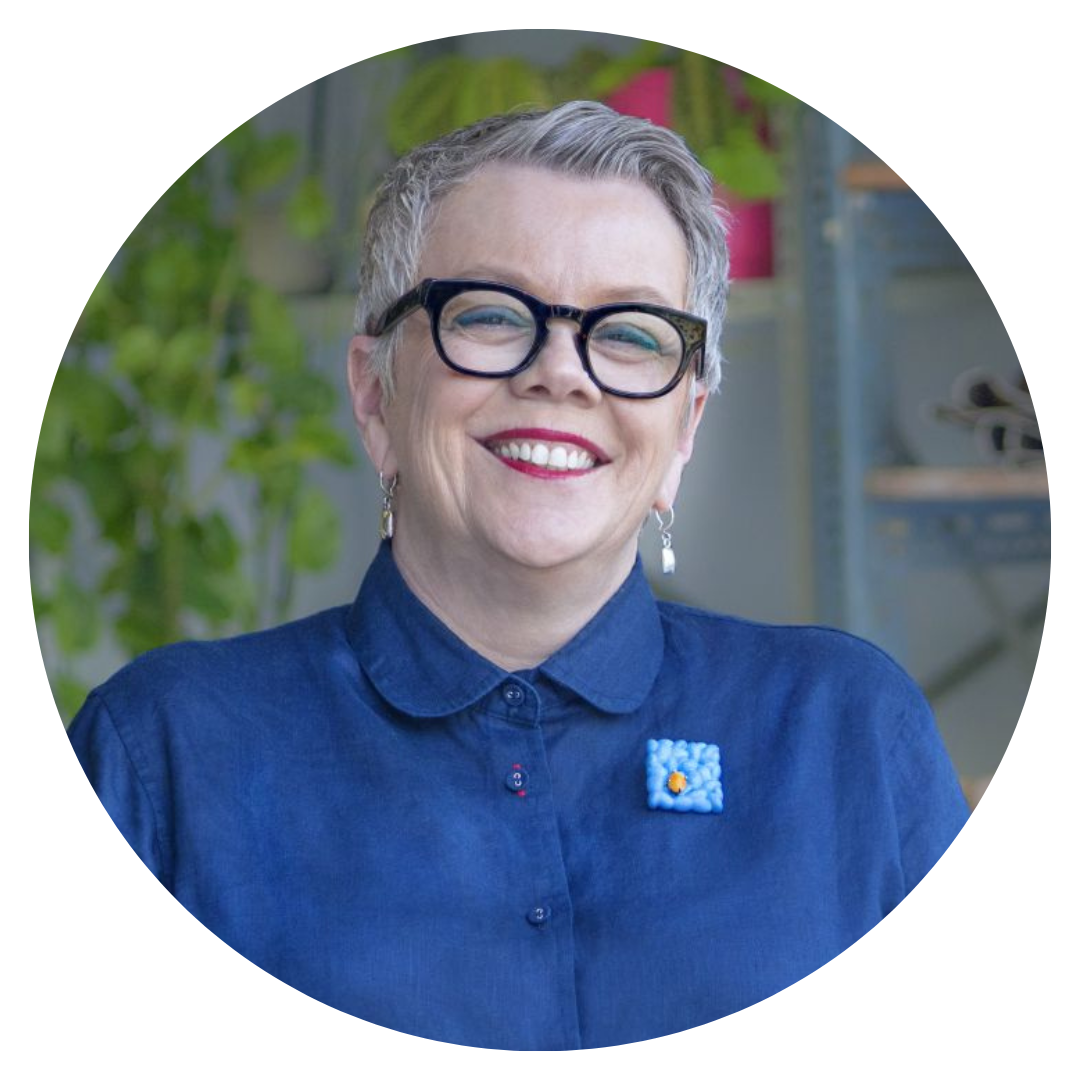 Melanie Egan has over 35 years of experience in the field of craft and design. She is Director of Craft & Design at Harbourfront Centre; Canada’s foremost artist-in-residency devoted to ceramics, glass, textiles, jewellery and design. She is a curator, organizes symposia, lectures, writes, mentors and advocates for craft & design in Canada and internationally. 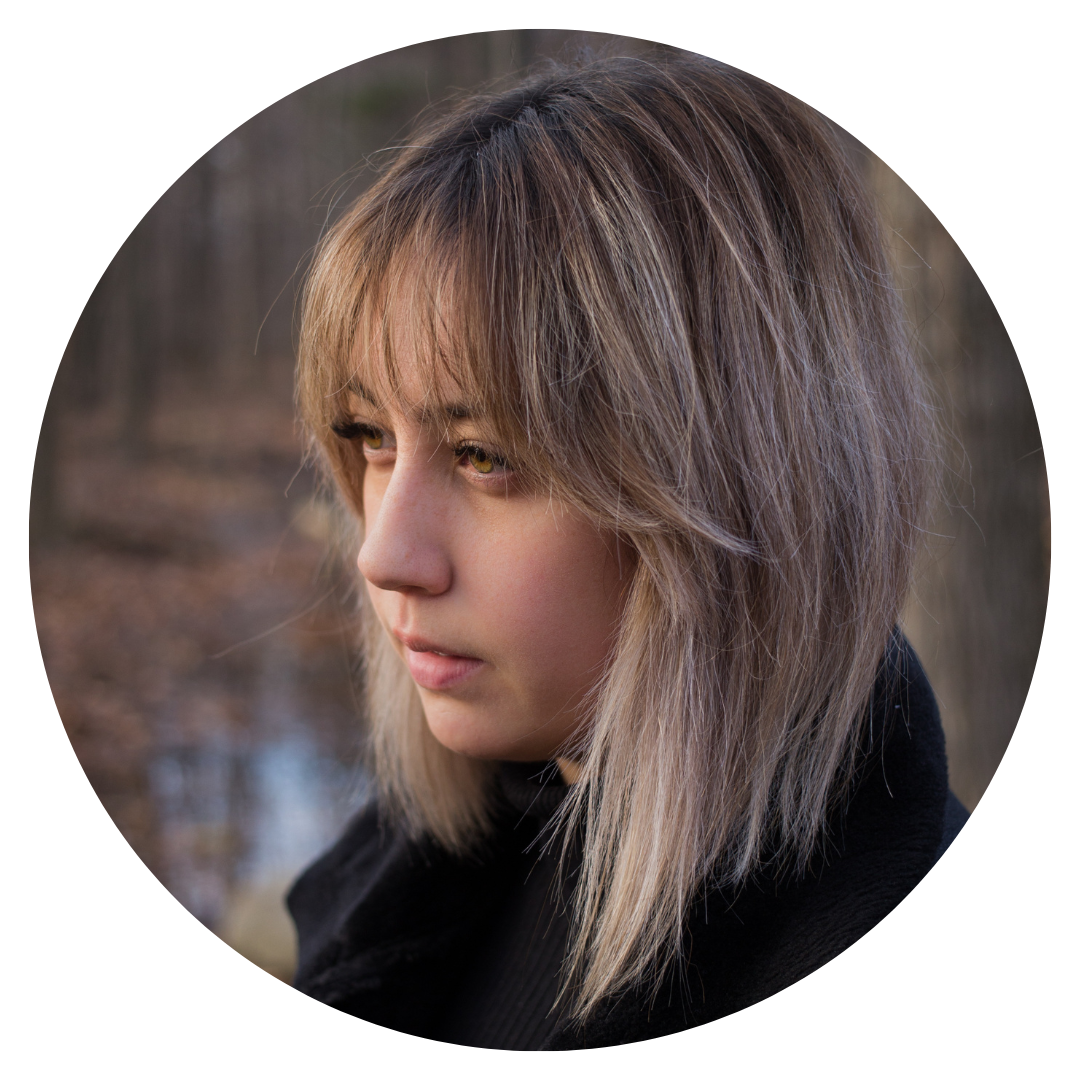 Explore A gesture of... 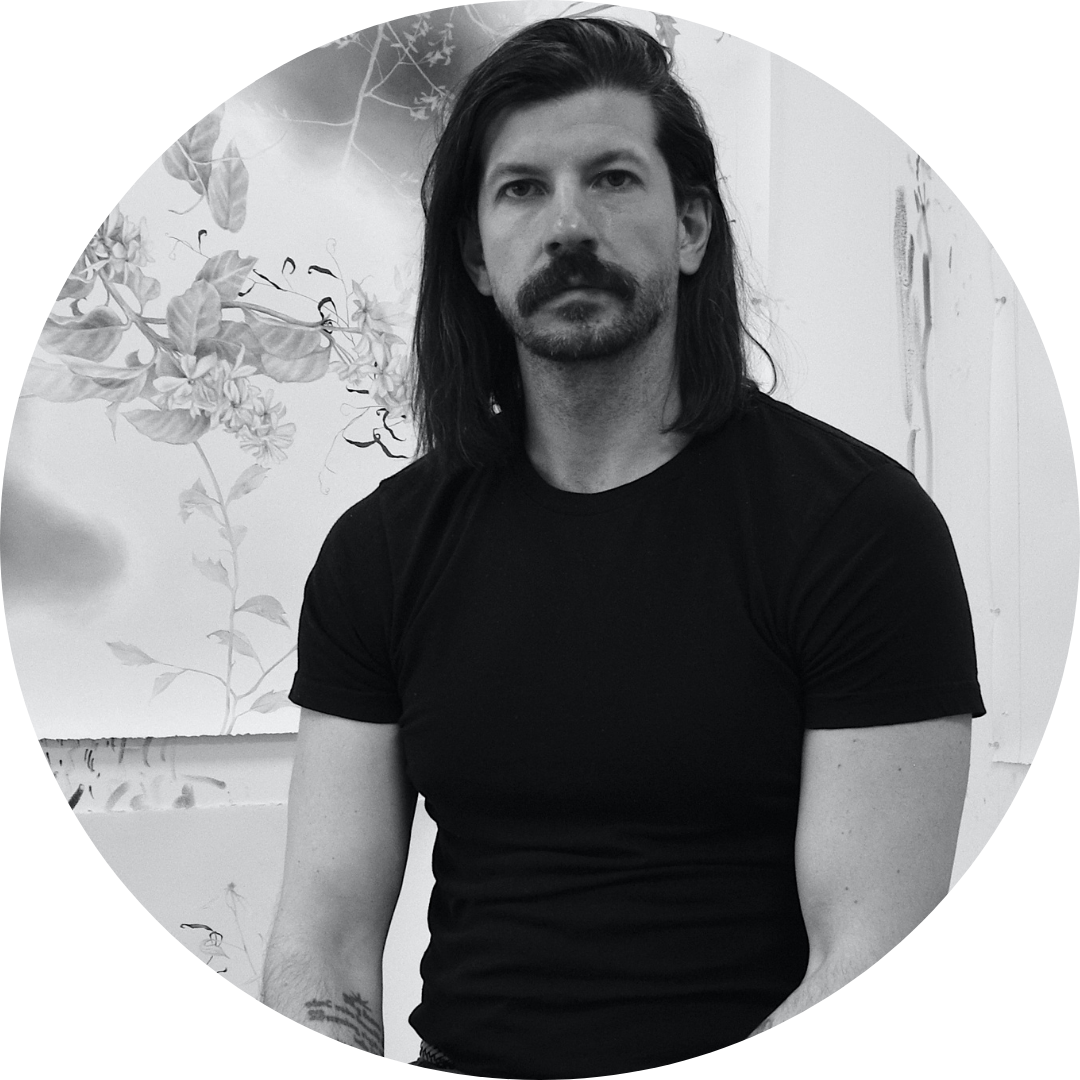 Canadian Artist Zachari Logan (b. Saskatoon, 1980) works mainly with large-scale drawing, ceramics and installation. Evolving a visual language exploring the intersections between identity, memory and landscape, and place, Logan re-wilds his body as an expression of queerness. Logan has exhibited widely throughout North America, Europe, and Asia, and is found in private and public collections worldwide, including; National Gallery of Canada, Art Gallery of Ontario, Remai Modern, McMichael Canadian Art Collection, Leslie-Lohman Museum, Nerman Museum of Contemporary Art (NMOCA), 21cMuseums Hotel Collection and Thetis Foundation, among others. Logan has attended many residencies; including Vienna's Museums Quartier MQ21 Program, the International Studio & Curatorial Program in Brooklyn, Wave Hill Botanical Gardens Winter Workspace Program in the Bronx and was artist in residence at the Tom Thomson Shack at the McMichael Gallery. Logan has worked collaboratively with several celebrated artists, including Ross Bleckner and Sophie Calle and his work has been featured in many publications worldwide, including BBC Culture, The Boston Globe, The Huffington Post, The Globe and Mail, Border Crossings and Public Journal to name a few. Recent 2021 exhibitions include, Shadow Of The Sun: Ross Bleckner & Zachari Logan at Wave Hill Botanical Gardens Ghost Meadows at Remai Modern. The exhibition Remembrance is currently on view at the Peabody Essex Museum through May of 2023. 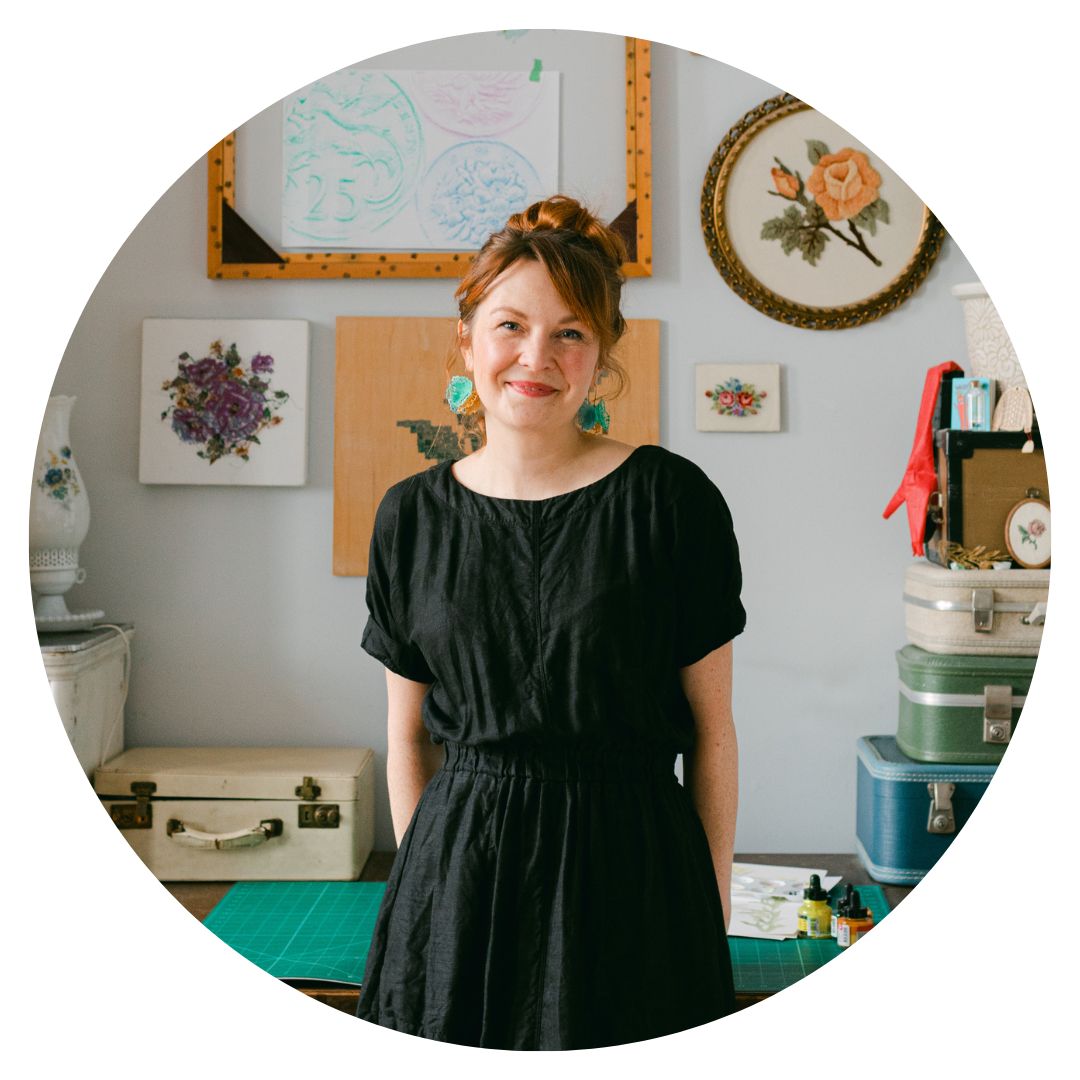 Amanda McCavour works with embroidery to create large-scale embroidered installations. Through an exploration of line, stitch is used in her artwork to explore various concepts such as connections to home, the botanical world and more formal considerations of thread's accumulative presence. 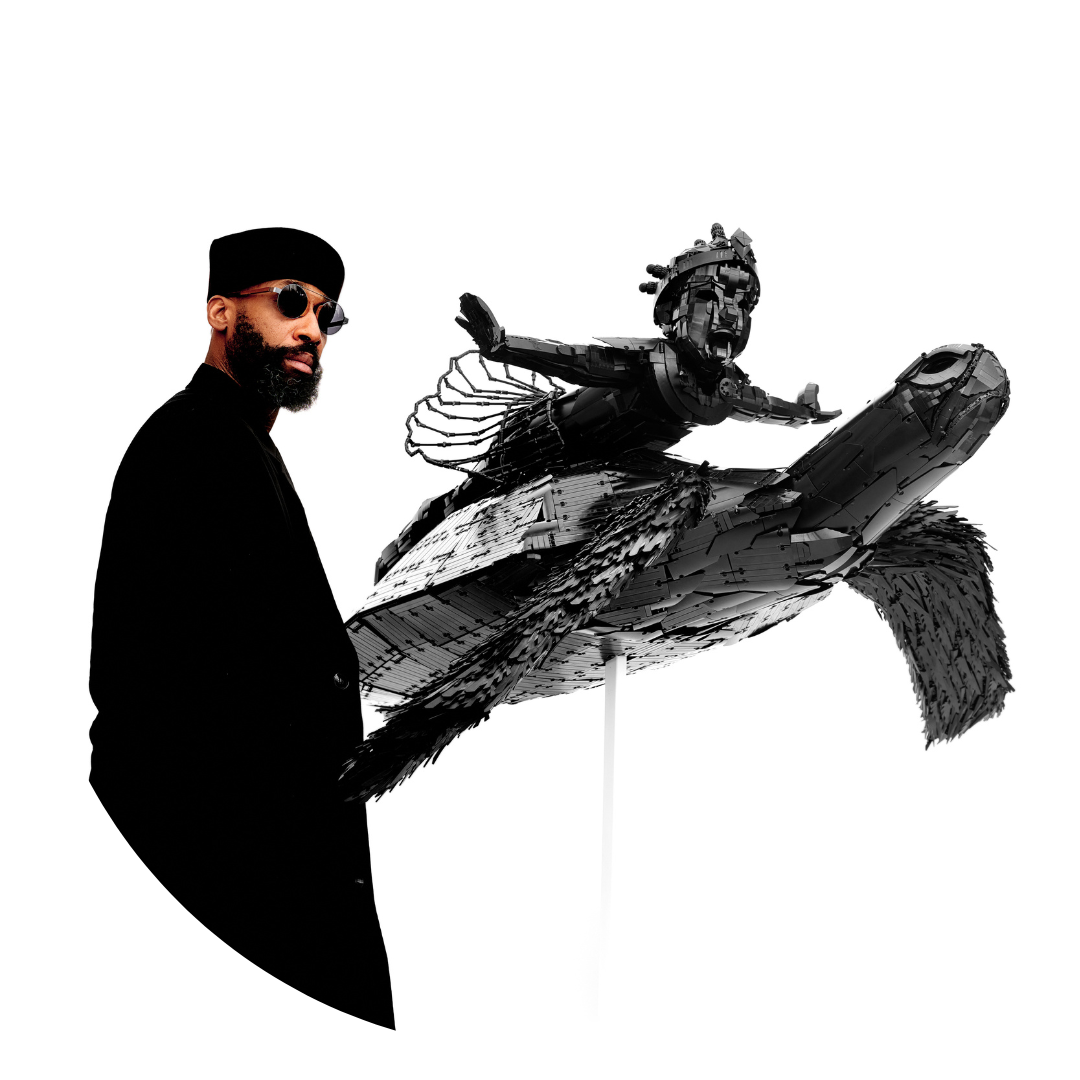 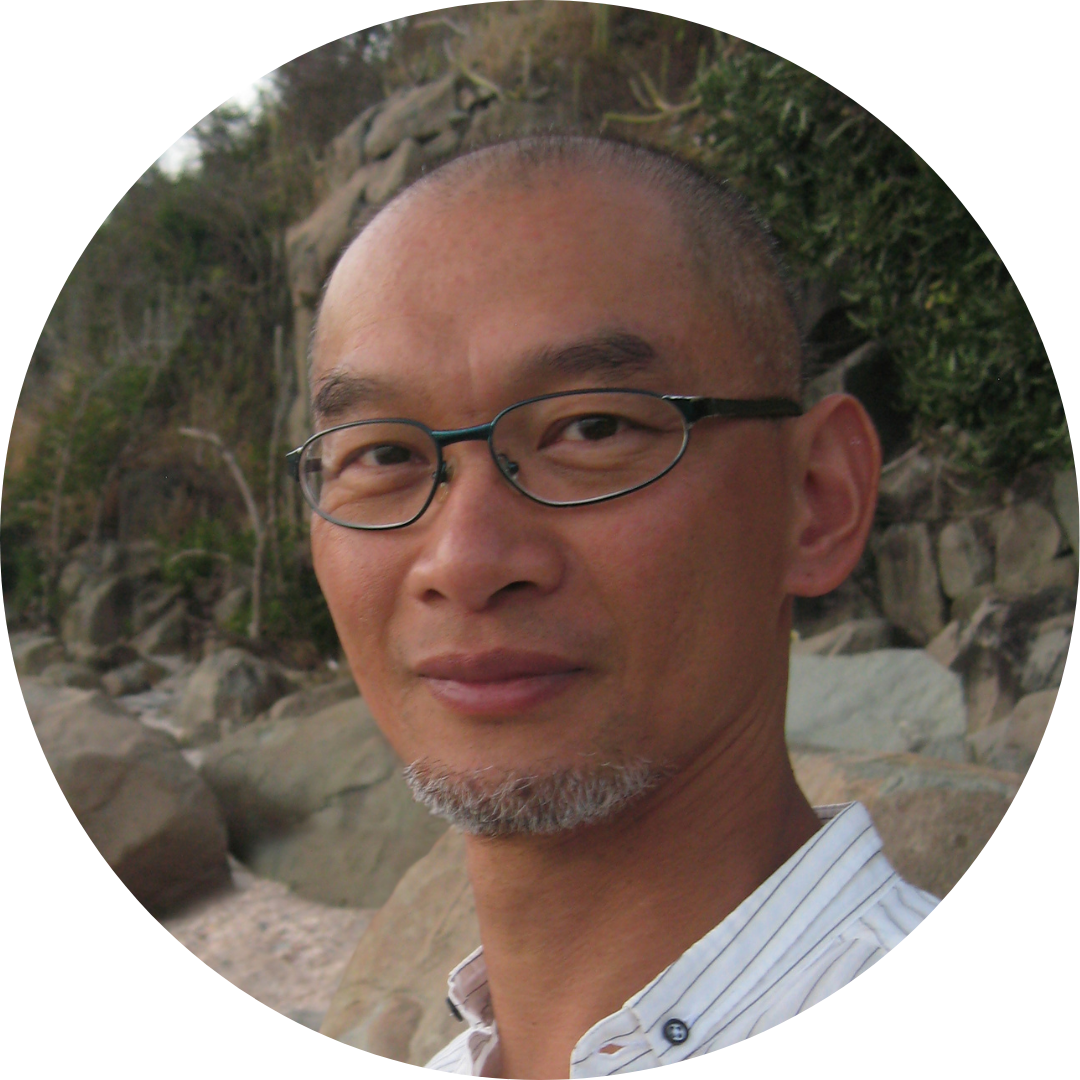 Ed Pien is based in Toronto and Havana. He has shown in venues that include the Drawing Centre, NYC; V&A; Canadian Culture Centre, Paris; Goethe Institute, Berlin; Musée des beaux arts; Musée d’art contemporain; Fondation Phi pour l’art contemporain, Montreal; Esker Foundation; Art Gallery of Greater Victoria; Mendel Art Gallery; Songzhuang Art Centre, Beijing; National Art Gallery of Canada; and MASS MoCA, Massachusetts. He has participated in the Montreal Biennale; the Sydney Biennale; the Moscow and Bienal Internacional de Asunción. His project, in the form of photographs, videos and an installation, involving a small group of Cuban Elders exploring the notion of time will be presented at the Art Gallery of Ontario this June, 2022. Pien was a visiting professor at Concordia University and has recently taken early retirement from the University of Toronto.

Explore The Poetics of the Imagination 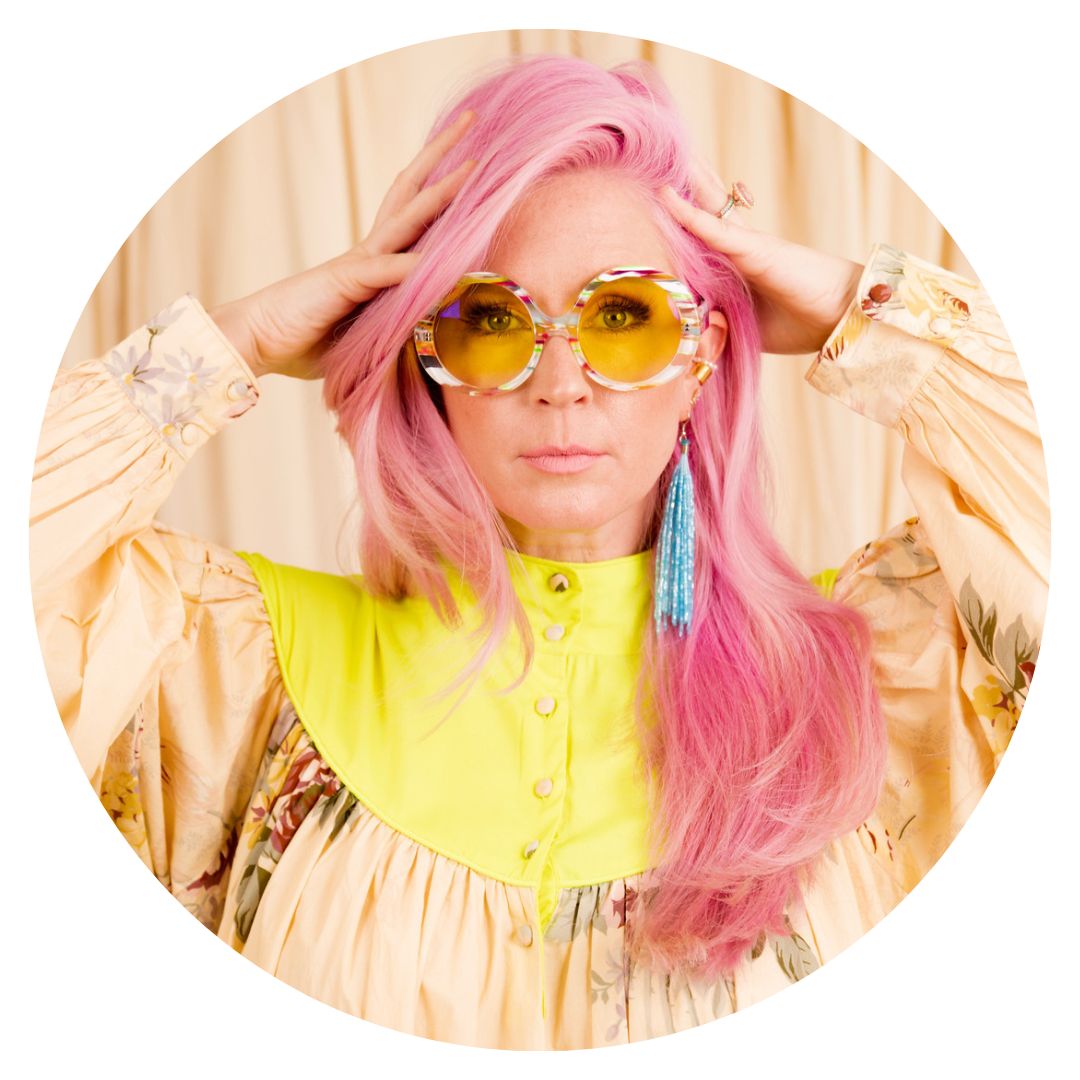 Tiffany Pratt is a Toronto-based multi-disciplinary designer and artist with an unmistakable standout style. She supports corporate clients and the public on projects ranging from Creative Direction, Product Design, Interiors and Fashion. 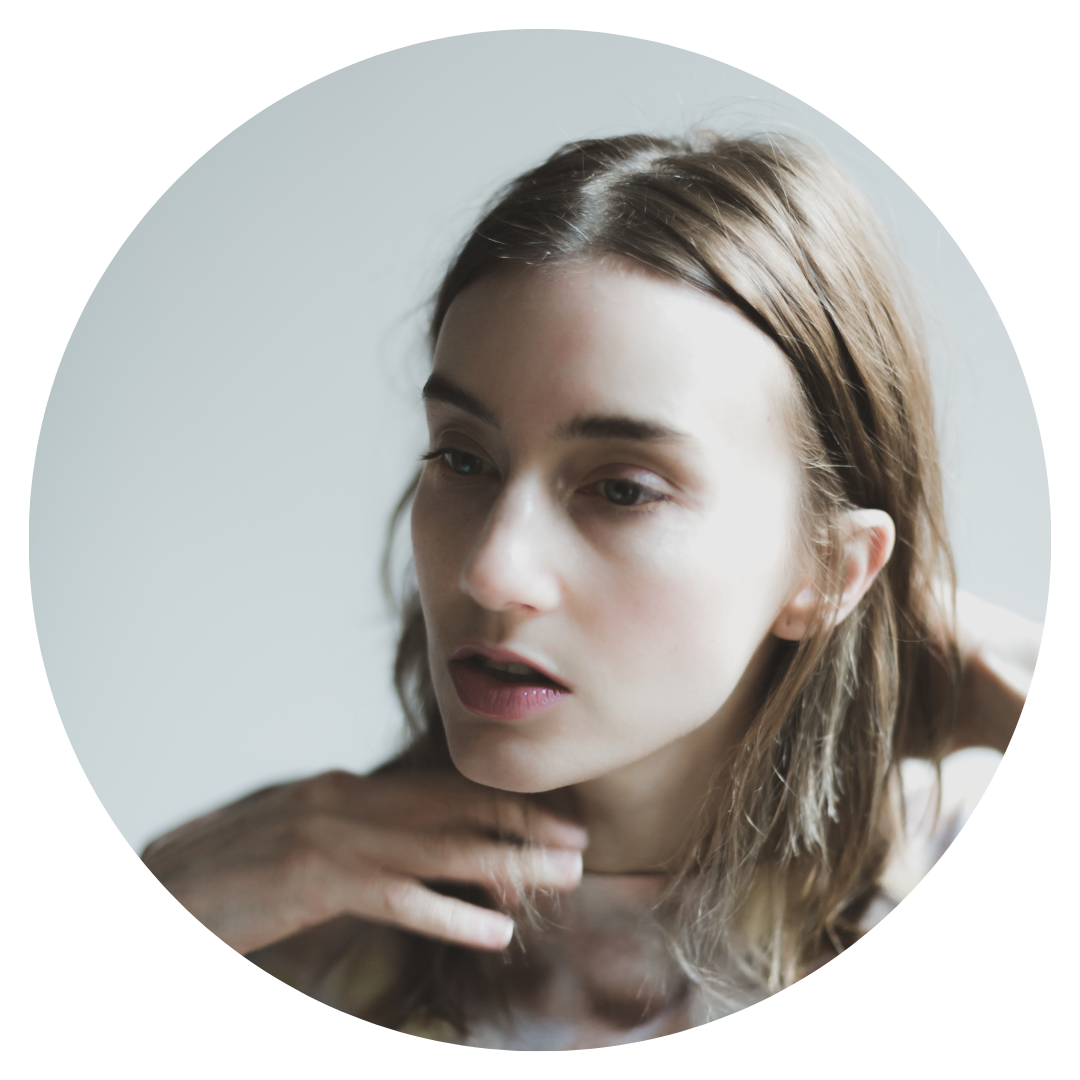 Coyote Flowers is a bespoke floral studio in Toronto, Canada. Designing with the unconventional in mind, their aim is to create meaningful compositions in flowers of unravelling beauty. Conscious of the emotional intent behind every piece, special importance is placed on the movement throughout. Coyote Flowers' style can be described as sculptural, juxtaposing edgy with feminine. Currently Lauren is in Berlin, Germany on a 1 year term project working with renowned studio Mary Lennox. 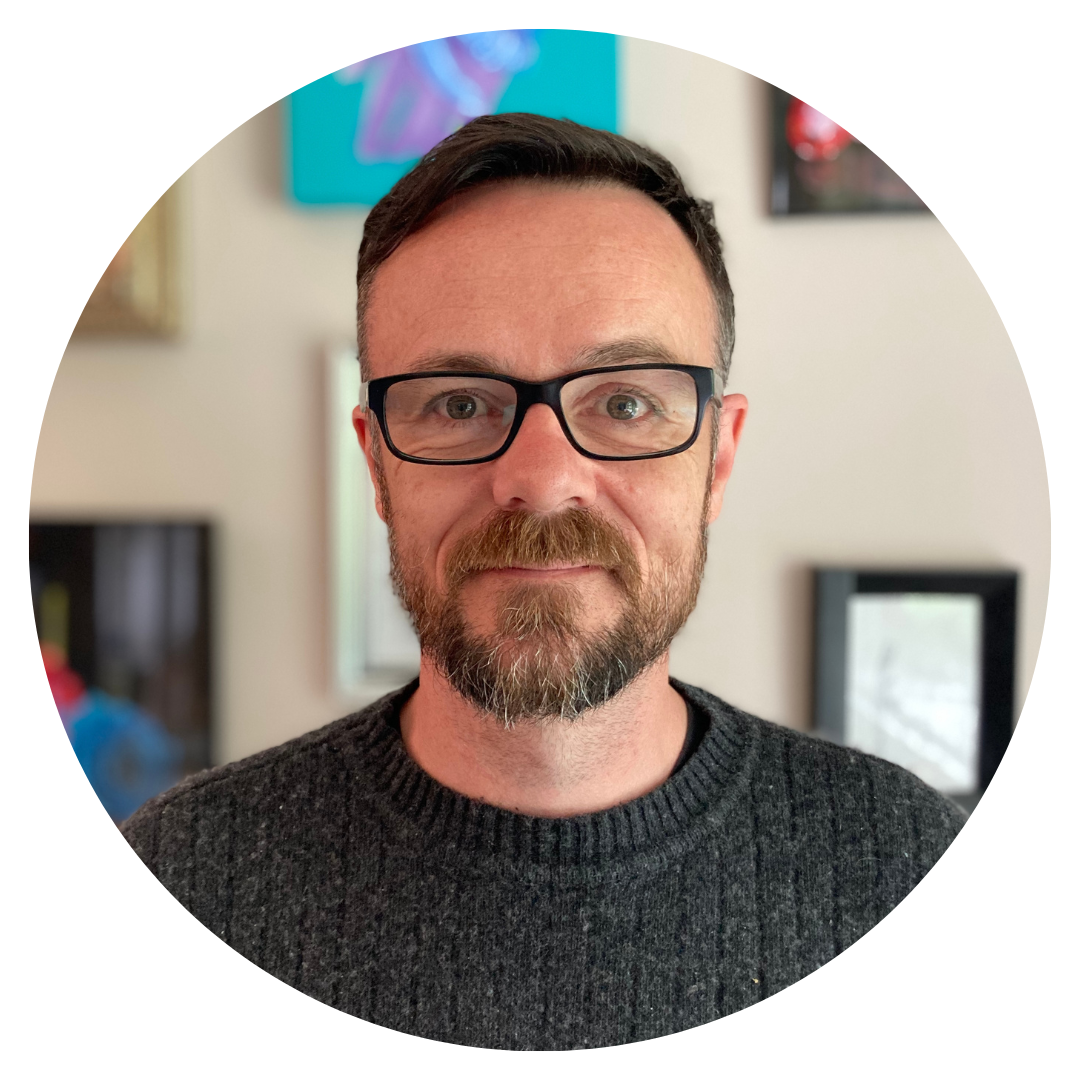 Mark Liam Smith is an oil painter based just outside of Toronto. Since he began painting professionally in 2015, Smith has shown his work in dozens of exhibitions and art fairs around the world, including SCOPE Basel, PULSE Art Fair in Miami Beach, Affordable Art Fair in NYC, Satellite Art Fair in NYC, Art Seattle, Art Toronto, and Papier Art Fair in Montreal. He is represented by two galleries in Canada and one in Australia. Smith is colorblind, and his palette reflects that: he uses highly saturated, often non-local colors to render his realistic still lifes. He draws from his linguistics background to inject narrative and symbolism into his paintings. When he’s not painting, Smith is teaching millions of others how to draw and paint on social media. His art and art tutorials have been featured by BuzzFeed UK, American Art Collector Magazine, The Jealous Curator, Art People, Create Magazine, Creative Boom, Hi-Fructose, Booooooom, and Bizarre Beyond Belief Magazine, among others. 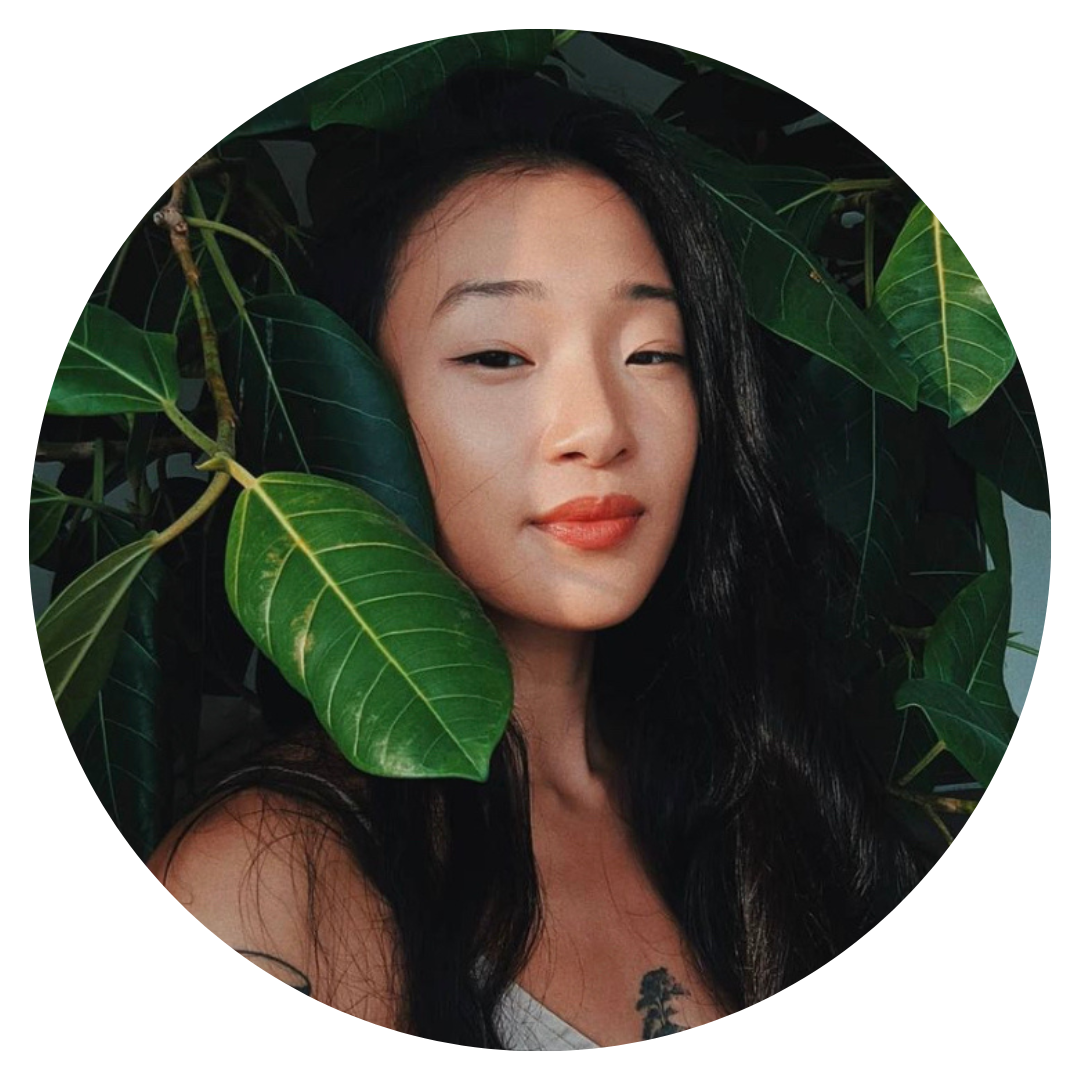 Dahae Song is a South Korean, Toronto based artist and visual philosopher. To paint the way a tree grows, Dahae uses various mediums to push and pull time. To document the world unseen, Dahae externalizes the internal landscape and materializes the immaterial world to serve as an impetus to look inwards and to contemplate this very moment that is forever fleeting us. Dahae Song received her BFA at OCAD U and has created meditative art objects and experiences in the city for global clients like Nike, Soho House, Samsung, Adidas, and Canadian clients such as Holt Renfrew, Tokyo Smoke, The Drake, and Hullmark. 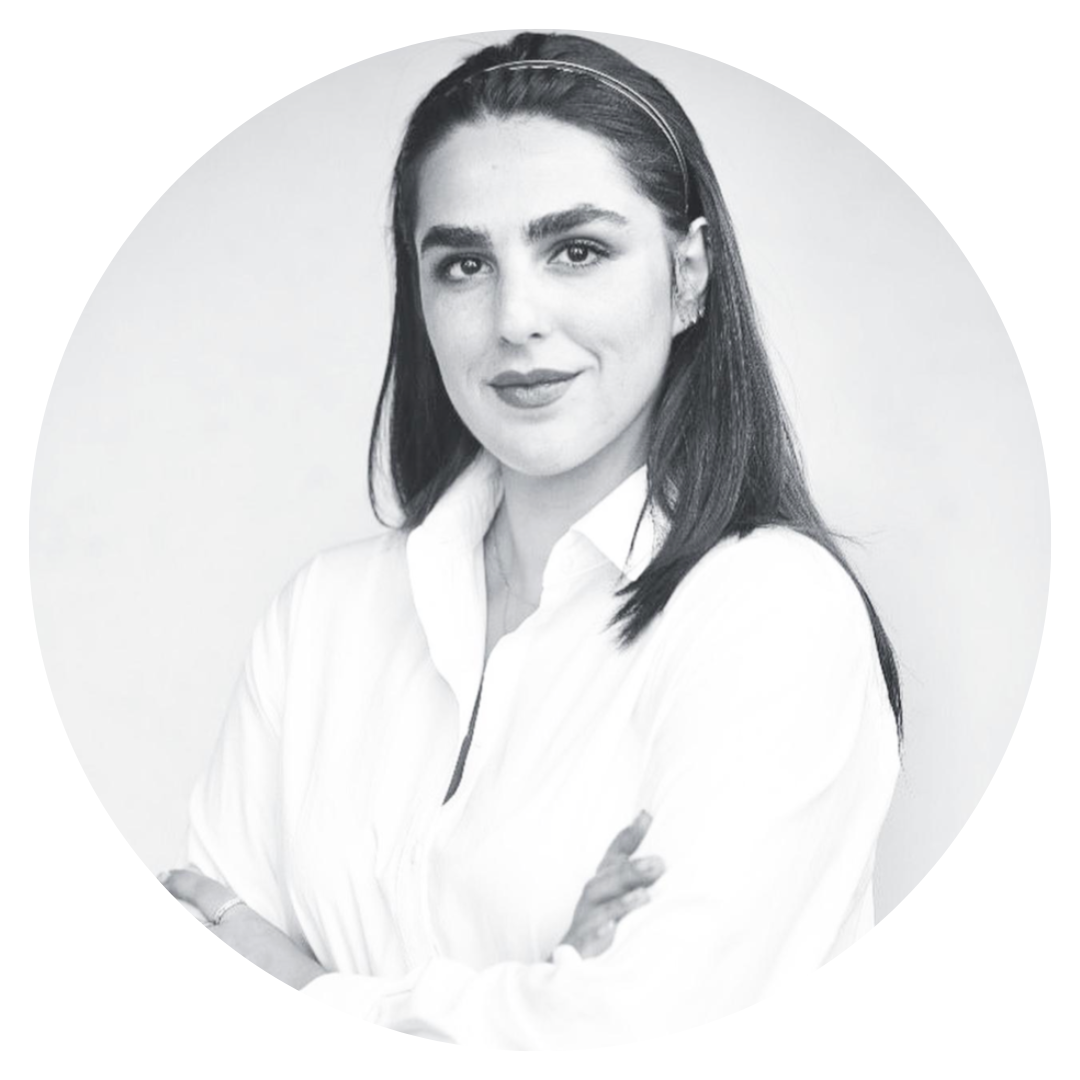 Farnoosh Talaee is an independent curator, arts manager, and writer based in Toronto. Her curatorial practice explores the intersections of contemporary art with migration, diasporic identity, and decolonization, with an emphasis on art from the Mena region. She has contributed to curatorial research, exhibition management, and public programs at The Power Plant Contemporary Art Gallery, Toronto; Museum of Contemporary Arts, Toronto; and the Art Dubai, UAE, alongside a number of commercial galleries in North America and the Middle East. Most recently, she was the guest curator at MOCA to curate a series of public programming regarding the Shirin Neshat exhibition, and currently, she is the co-founder/director of Mayten’s Projects, a curatorial platform and commercial gallery exploring new trajectories for arts in different forms, consisting of artist talks, round tables, performances, group and solo exhibitions, and a hub for experimental ideations.

Explore Above and Beyond 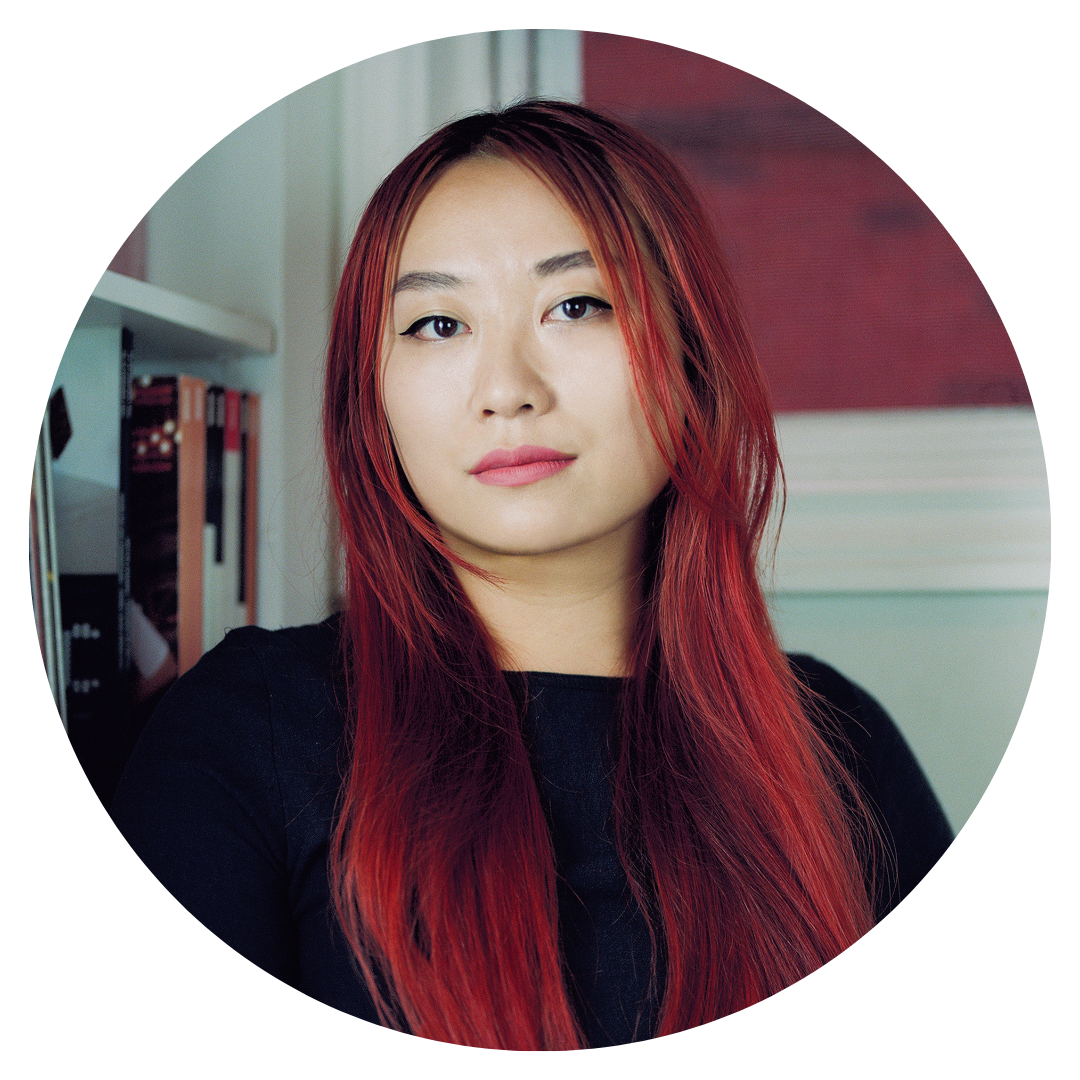 Shellie Zhang (b. 1991, Beijing, China) is a multidisciplinary artist based in Tkaronto/Toronto, Canada. Zhang has exhibited at venues including WORKJAM (Beijing), Asian Art Initiative (Philadelphia) and Gallery 44 (Toronto). She is a recipient of grants such as the Toronto Arts Council’s Visual Projects grant, the Ontario Arts Council’s Visual Artists Creation Grant and the Canada Council’s Project Grant to Visual Artists. She is a member of EMILIA-AMALIA, a feminist reading and writing group. In 2017, She was an Artist-in-Residence at the Art Gallery of Ontario. In 2021, she was a recipient of the Toronto Friends of the Visual Arts Artist Award. Her work has been published in Canadian Art, the Toronto Star, Blackflash Magazine, CBC Arts, and C Magazine. Recent and upcoming projects include exhibitions at Mercer Union (Toronto), Capture Photography Festival (Vancouver) the Institute of Contemporary Art San Diego.