In honour of Spring's arrival, we've put together a new Featured Collection called SPRING FORWARD, showcasing refreshing works from 22 TOAF artists that best display the spirit of the season. 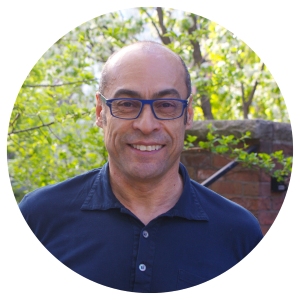 Francisco Alvarez has been Executive and Artistic Director of Galleries at OCAD University since September 2016. In this role, he serves as Director of Onsite Gallery and seven other galleries across the campus. He brings over 30 years' experience in programming and administration as curator, exhibition and public events producer, marketer and fundraiser at organizations including Heritage Toronto, Mr. Pink Art Consultant, the Royal Ontario Museum, and the Ontario Ministry of Culture and Tourism. 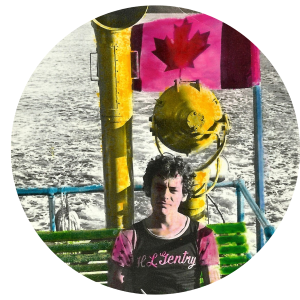 Flavio Belli, Curator
On my way to the abandon Spud Valley Gold Mine on board the MV Uchuck from Gold River to Zeballos, Vancouver Island, BC, 1973. Hand-coloured photo by John Taylor.

Flavio Belli possesses a wide range of experience in the Canadian arts community. He is an art consultant, curator and artist. He is currently Chair of the Board of Directors for the Al Green Sculpture Studio and School and a member of the Board of Directors of the Italian community’s Columbus Centre. He was Co-Curator of The Al Green Gallery in 2013 and 2014. He served as a member of the sculpture selection committee for the McMurtry Gardens of Justice (2007-2014) while also a Board member of the Toronto Outdoor Art Fair (2004-2014). By appointment of the Governor in Council, he served two three-year terms as a member of the Canadian Cultural Property Export Review Board in Ottawa (2005-2012).  Flavio was Director and Curator of the Joseph D. Carrier Art Gallery in Columbus Centre (1990-2005).  During that time, he was also an on-camera arts commentator for Toronto Living, for Rogers Television (1999-2004). A visual artist in his own right, Flavio’s artworks have been shown in solo and group exhibitions since 1974 and his works form part of public and private collections. 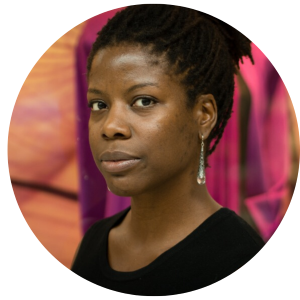 Glodeane Brown is an arts management professional and an arts and culture blogger. She is the Founder and Editor of Culture Fancier, which started in 2016 with the aim to educate, entertain, and inspire people. She is currently working as the Programming and Operations Coordinator at CAFKA - Contemporary Art Forum Kitchener and Area. 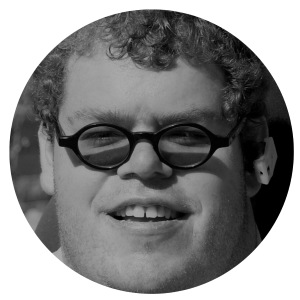 Adam has operated as an independent Artist and Disability Advocate since 2003, where his work has included blogging, photography, filmmaking, and public speaking. He has presented his film work at the Opening of the Toronto Free Gallery, Camera Bar, and the University of Toronto Disability Art Show. He first gained wide recognition with the Disability and Media community through his selection to the National Film Board Momentum Program. work has appeared on the blog “Enables Me” and my work has also appeared on “CBC Toronto”.  I have also had my work appear in the “Metro” newspaper and  “Toronto Star Online”. To his credit, and unique development process, Adam had developed a manner in which he himself, through recent technological advances, leading to the GoPro camera affixed to his powered wheelchair, and accessible computer and laptop, he independently developed a manner of producing films. Mounting the GoPro on a wheelchair has allowed me to take video and photos from first person perspective, using a custom camera mount. 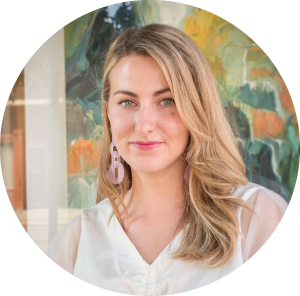 Tatum Dooley is a writer and curator living in Toronto. She writes widely on cultural trends in art, architecture, fashion, and technology. She runs the Instagram account @cdnartforecast. 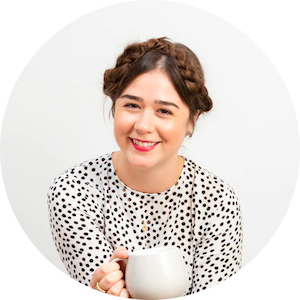 Before starting her Youtube Channel, Alexandra was the Home Editor for Canada’s iconic women’s lifestyle magazine Chatelaine, where she created the YouTube series The Home Primp. Alexandra is passionate about showing millennials it’s possible to live in a home that feels stylish and beautiful (even if you rent!) without spending a lot of time or money. In just a year, she’s gained over 200k viewers who tune in every week to receive easy decor tips and fun, budget DIY inspiration. When she isn’t producing content for her own channel, she is a host for the HGTV digital series Buy or DIY and hosts and produces Shopify’s Make My Space Work. She is also a regular guest expert on Cityline and The Global Morning Show. Alexandra graduated on the Dean’s List with High Distinction for an Honours Bachelor of Arts degree specializing in Journalism at The University of Toronto. 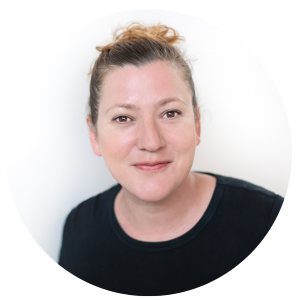 Tory Healy is the editor-in-chief of Designlines, a Toronto quarterly that shines the spotlight on the city’s stalwart and rising design talents, fascinating architectural projects, as well as where to find design products in the city. A journalist with over 20 years of professional experience, this position at Designlines is one Healy has held for a decade. Reporting on Toronto’s ever-evolving design landscape and multitude of creatives is a true passion for her and one that inspires her daily.
Published four times a year, Designlines is the ultimate guide to Toronto’s best contemporary design, including profiles on the region’s first-rate designers and creators, features on the city’s most innovative architecture, and comprehensive reviews of the GTA’s top furniture showrooms and decor shops.  Designlines’ multi-pronged media platform includes print and digital editions of the magazine; an up-to-the-minute website; a weekly e-newsletter that reaches a wide audience of design- curious subscribers; and four growing social media channels that supply followers with a constant stream of timely and visually compelling info. 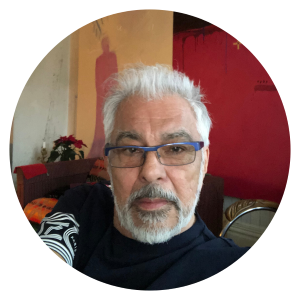 Robert Houle is a Toronto artist and a member of Sandy Bay First Nation, Manitoba. He has been exhibiting internationally for over 40 years and taught at the Ontario College of Art and Design University for close to 20 years. He has written numerous important essays and monographs on contemporary First Nations and Native American artists and has curated ground breaking exhibitions including “Land Spirit Power: First National at the National Gallery of Canada”. Houle's considerable influence as an artist, curator, writer, and educator has led to his being awarded the Founder’s Achievement Award from the Toronto Friends of the Visual Arts (2020), two honourary doctorates, the 2015 Governor General’s Award in Visual and Media Arts, the Eiteljorg Contemporary Art Fellowship (2003), the Toronto Arts Award (2001) and the Janet Braide Memorial Award for Excellence in Canadian Art History (1993). 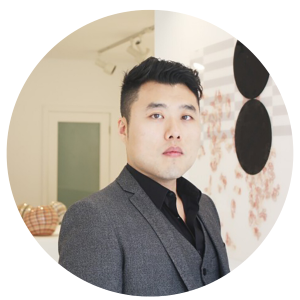 Originally from South Korea, Jay Joo received his BFA from the Jewellery and Metalsmithing program at the Ontario College of Art and Design University. During his years at OCAD University, he has acquired a diverse skill set that includes traditional techniques as well as Computer Aided Design and manufacturing. He was accepted into the Harbourfront Centre's artist-in-residence program and was awarded a scholarship in 2012. After his residency, he established JJSTUDIO. His studio is located in downtown Toronto, where he promotes local arts and crafts, teaches and continues his practice as a jeweller. 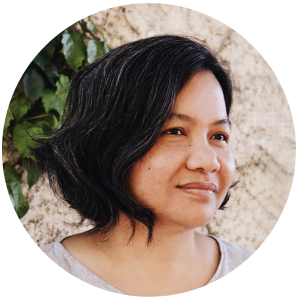 Arounna Khounnoraj is a Canadian artist and maker working in Toronto where she immigrated with her family from Laos at the age of four. She holds a master’s degree in fine arts in sculpture and ceramics, but found her current focus in fibre arts. In 2002, she started Bookhou, a multi-disciplinary studio with her husband John Booth, where Arounna explores screen printing and a variety of textile techniques. 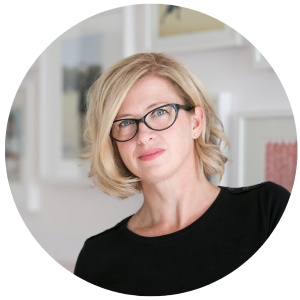 Danielle Krysa is the writer/curator behind the contemporary art site, The Jealous Curator. A published author of 5 books, Danielle is also an artist and creates mixed media collages combining found images, paint, and as much humour as she can pack into each title. 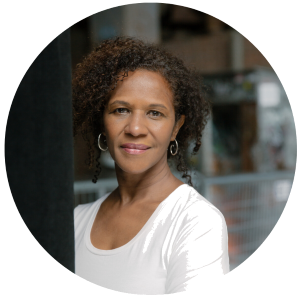 Charmaine Lurch is an interdisciplinary visual artist whose work draws attention to human-environmental relationalities. Working with a range of materials and reimagining our surroundings—from bees and taxi cabs to The Tempest and quiet moments of joy, Lurch subtly connects Black life and movement globally. 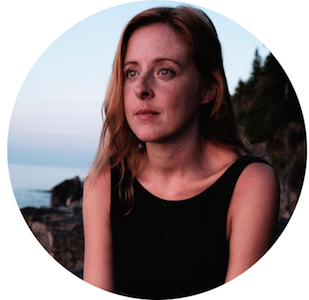 “I am drawn to mystery and that which may reveal hidden magic.”

Brooke Manning is an artist who studied Art History at Queens University before transferring to OCAD in 2008 to complete her BFA. Inspired by a deep love of community, transparency, ethical consumerism, and empathy, she created the artist-focused space Likely General in 2013 with its first priority being that of providing a home for the work and expressions of women, marginalized, queer, and non-binary folks. Likely General’s storefront regularly houses the work of over 300 artists and offers a new exhibition in its community gallery space monthly. In her personal life, Brooke is an active published poet, writes music under the moniker Loom, and is studying to be a Death Doula.

Follow the shop at @likelygeneral and learn more about Brooke’s works at milkportrait.com

Shop the Collection by Brooke Manning of Likely General → 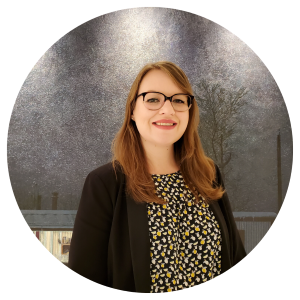 Kelly McKenzie is the Principal of McKenzie Art Projects, a fine art advisory and appraisal firm, and the Curator of the Corporate Art Collection at Manulife. She also sits on the board of directors of Twentytwenty Arts, a non-profit that produces art campaigns for charitable organizations to raise awareness for mental health, homelessness, and addiction. 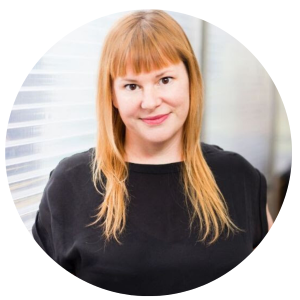 Shop the Collection of Abstract Works by Mia Nielsen → 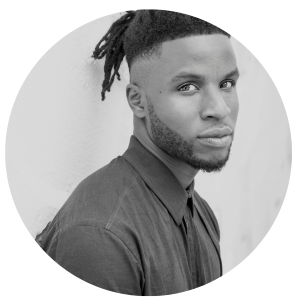 Oluseye is a Nigerian-Canadian multidisciplinary artist. His practice is rooted in the interplay of seemingly dichotomous ideas – Christianity and indigenous African beliefs; vulnerability and strength; spirituality and sexuality – and how these ideas collide and reconcile to shape perception and identity. With a primary focus on Black male subjectivity, he creates paintings, photographs, performances, and sculptures that explore the ways in which contemporary, historic and African mythologies shape notions of Blackness. He has exhibited at The Art Gallery of Ontario, Gallery 151 in New York, and Art Twenty-one in Lagos, Nigeria. He is a recipient of the Canada Council for The Arts New Chapter Grant, the 2019 Toronto and Ontario Arts Council Visual Arts Grants. 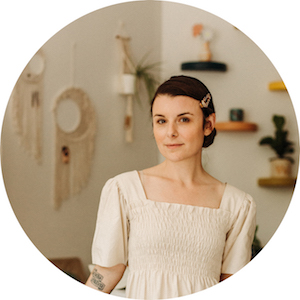 After years of working in fashion retail, Christie decided to merge her experience with her love of design and venture off on her own. Rose City Goods opened in July, 2019 and stems from her love of ceramics, textiles, vintage and handmade objects. Each vendor was thoughtfully selected and Christie strives to support independent artists and makers. Currently, over 70% of Rose City's vendors are Canadian and approximately 80% of their product comes from female artists and entrepreneurs. Rose City is a merging of Christie's love for the planet with her passion for art, decor and thoughtful design. Rose City Goods hopes to bring a unique assortment of handmade, artisanal goods that stand out from the crowd. 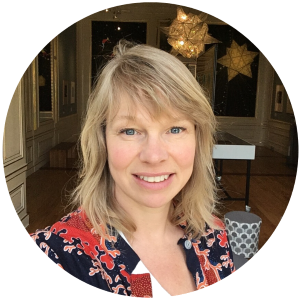 Kristin Sjaarda has worked as a photographer for 25 years. Using the style of Dutch Golden Age painters and objects passed down from her Dutch grandmother’s family, she photographs flowers grown in her downtown Toronto neighbourhood alongside the flora and fauna that live and thrive in an urban environment.
Follow Kristin: @ksjaar 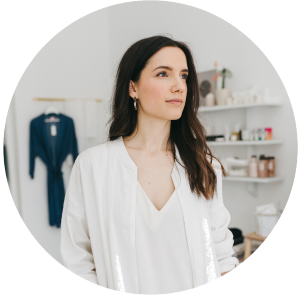 With a background in fashion and product design, Danielle Suppa opened her lifestyle shop and creative studio, SOUVENIR in 2015, highlighting her personal taste with an eye on emerging Canadian talent.