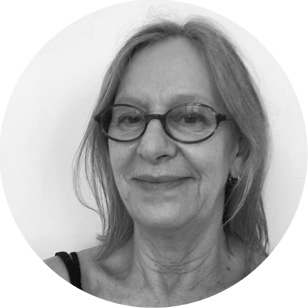 Joanne Tod is a Canadian artist best known for critiquing the social anxieties of our times. Her paintings explore such topics as feminism, racism, politics and corporate power. She is based in Toronto and represented by Nicholas Metivier Gallery. 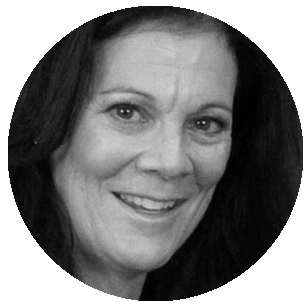 Tiana Koffler Boyman, Chair of the Koffler Centre for the Arts

Tiana Koffler Boyman is Co-Chair of the Koffler Centre of the Arts, a prominent Toronto based Jewish contemporary cultural organization. The Koffler presents a cross-disciplinary arts program that promotes inter-cultural dialogue through a diverse range of programs in literature, theatre, visual arts and public engagement. Tiana has served the Koffler Centre in many capacities since 2001 including as a member of the Governance, Nominations, Fundraising, and Strategic Planning Committees as well as the Koffler Gallery Advisory Board.

Ms Koffler Boyman is involved in the philanthropic community for over 30 years providing her focus on health, science, and arts related organizations. She has sat on numerous boards of charitable organizations including the Canadian Friends of the Weizman Institute of Science in Israel, the Board of Sterling Hall School (creating with her husband, Marc Boyman, the Boyman Student Art Gallery), and the Marvelle Koffler Breast Centre at the Mount Sinai Hospital. Through her continued association with the Marvelle Koffler Breast Centre, Ms Koffler Boyman remains as an advisor and currently is Co-Chair of the Breast Cancer Philanthropic Advisory Board as well as the Donor Relations and Stewardship Committee at Mt Sinai Hospital. Tiana Koffler Boyman is the recipient of the Queen Elizabeth II Diamond Jubilee Medal. 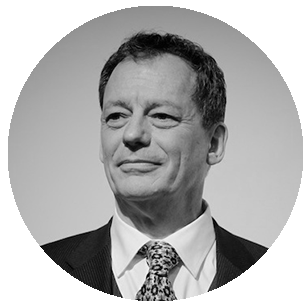 Flavio Belli possesses a wide range of experience in the Canadian arts community. He is an art consultant, curator and artist. He is currently Chair of the Board of Directors for the Al Green Sculpture Studio and School and a member of the Board of Directors of the Italian community’s Columbus Centre. He was Co-Curator of The Al Green Gallery in 2013 and 2014. He served as a member of the sculpture selection committee for the McMurtry Gardens of Justice (2007-2014) while also a Board member of the Toronto Outdoor Art Fair (2004-2014). By appointment of the Governor in Council, he served two three-year terms as a member of the Canadian Cultural Property Export Review Board in Ottawa (2005-2012).  Flavio was Director and Curator of the Joseph D. Carrier Art Gallery in Columbus Centre (1990-2005).  During that time, he was also an on-camera arts commentator for Toronto Living, for Rogers Television (1999-2004).

A visual artist in his own right, Flavio’s artworks have been shown in solo and group exhibitions since 1974 and his works form part of public and private collections. 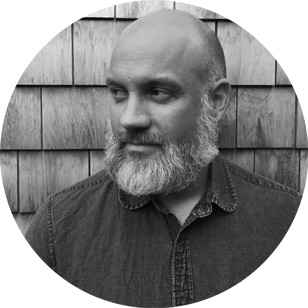 Neil Brochu is the curator of the City of Toronto Art Collection, a collection which contains nearly 2600 art works displayed in public buildings across the city. He holds a Bachelor of Fine Art from the University of Guelph and a Master of Museum Studies from the University of Toronto. A keen student of local history, material culture and fine art, Neil has worked with the City's art and artifact collections since 2004. Since that time he has steered numerous curatorial projects focusing on period interiors at the City's historic sites and exhibits at The Market Gallery, St. Lawrence Market. 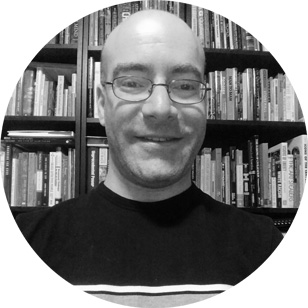 Joshua Heuman has been an art museum educator and curator since 2000. Before joining the staff at The Power Plant Contemporary Art Gallery as Curator of Education and Public Programs, he held positions at the Museum of Fine Arts, Houston; Salt Lake Art Center (now Utah Museum of Contemporary Art); Nora Eccles Harrison Museum of Art at Utah State University; and, Joslyn Art Museum. He has organized education and public programs; organized exhibitions; juried exhibitions and competitions; published essays, interviews, and reviews; presented conference papers; and, lectured at museums and universities. Born and raised in Toronto, Josh attended York University where he completed a BA in Visual Art (Art History) and an MA in Art History, focused on "content" in American post-World War II abstract painting. 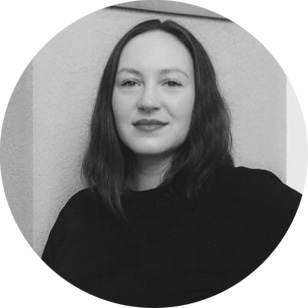 Justine Kohleal is a Toronto-based curator and art critic. Prior to her appointment at The Power Plant she worked as an independent curator and arts writer in Edmonton, Alberta. Select past curatorial projects include [INTERFACE] (Fringe Gallery); No Job More Dangerous (dc3 Art Projects); Intellectual Play (dc3 Art Projects); and Sounding the Alarm: The Poetics of Connection (Art Gallery of Ontario). She acted as a curatorial assistant to Gerald McMaster and Denise Birkhofer at the Ryerson Image Centre for The Faraway Nearby: Photographs of Canada from The New York Times Photo Archive and to writer and curator Kari Cwynar for Duane Linklater’s installation Monsters for Beauty, Permanence and Individuality (Evergreen Brickworks). She has interned with The Smithsonian American Art Museum’s Luce Foundation Centre and with Public Programs at the Art Gallery of Ontario. Kohleal holds a curatorial M.F.A from OCAD University and a B.A. from the University of Alberta with a focus in Art, Design, and Visual Culture. She most recently curated the exhibition Thomas J Price: Ordinary Men, on view at The Power Plant through 2 September 2019. 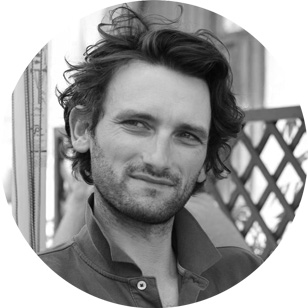 Bogdan Luca is a Toronto based artist interested in the ecology of images that constantly shapes our consciousness and sense of reality. With a background in animation, Bogdan uses painting, drawing, collage,  and photographic techniques to create images that reflect a sense of contemporary disorientation in relation to an overabundance of visual information. He has shown his work in Canada, Romania, Germany and the US. Bogdan teaches drawing and painting at OCAD University, Sheridan College and the Art Gallery of Ontario. 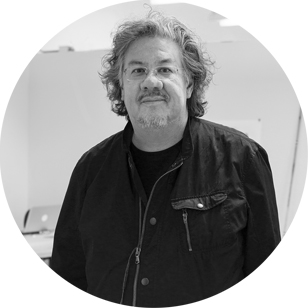 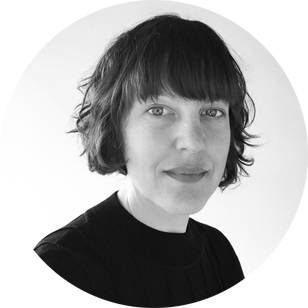 Meghan Price is a multidisciplinary artist with a material practice rooted in textiles. Price has exhibited nationally and internationally, including recent exhibitions at Fiberspace Gallery (Stockholm); Walter Phillips Gallery (Banff), Centre Matéria (Québec) and the Center for Craft, Creativity & Design (Asheville). She has held residencies at the Icelandic Textile Center (Blönduós); the Museum of the Flat Earth (Fogo Island); Artspace (Sydney); the Scottish Sculpture Workshop (Lumsden); and the Banff Centre. Meghan Price holds a DEC in Textile Construction from The Montreal Centre for Contemporary Textiles (2003) and an MFA from Concordia University (2009). Price lives in Toronto where she teaches in the Textile studios of OCAD University and Sheridan College. 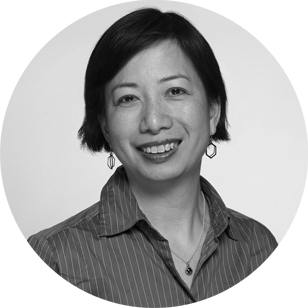 Astrid Ho is a Toronto-based visual artist focusing on abstract art and the personal narrative in printmaking. Currently she is the Events/Program Coordinator of Elegoa Cultural Productions. She co-founded Propeller Centre for the Visual Arts (1996), was the Open Studio Print Sales and Archive Manager (2003-18), and is an artist member of Open Studio. She taught at ArtCity St. James Town (Toronto), Burlington Fine Arts Association (Burlington), Centre3 (Hamilton), Havergal College – Visiting Artist (Toronto) and Open Studio (Toronto) among other locations. She is an instructor with VibeArts as an Established Artist.

She was a recipient of Ontario Arts Council Access and Career Development Project Grant (2009), selected as a mentee for Leadership and Cultural Pluralism Project by the Ontario Association of Art Galleries (2014-15), and is the board chair at Cultural Pluralism in the Arts Movement Ontario (CPAMO). Her various exhibitions include Capital One, Harbourfront Centre, Open Studio (Toronto), Green Door Printmaking Studio (Derbyshire, UK) and Print London (London, ON). Her works are represented in various corporate and private collections including the Bank of Montreal, The Canada Council Art Bank, Global Affairs Canada and National Bank of Canada. She holds a Bachelor of Fine Arts from OCAD University and studied in Florence, Italy under the OCAD Study-Abroad Program. 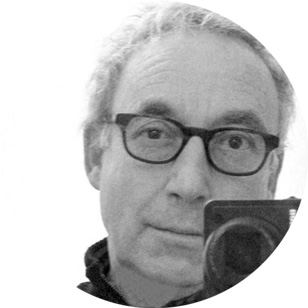 Eldon Garnet is a photo-based artist, public sculptor, and writer based in Toronto, ON. He has exhibited his photographic and sculptural work extensively in North America and Europe. A participant at the Venice Biennale in 1985. Garnet’s work, NO, 1997 was included in the exhibition Hitchcock and Art: Fatal Coincidences at the Montreal Museum of Fine Arts, Montreal (2000) and the Centre Georges Pompidou, Paris (2001). In 1997, the National Gallery of Canada hosted his mid-career survey entitled: The Fallen Body. Garnet has had major surveys of his photographs, at the Amsterdams Centrum voor Fotografie (2002) and Dust at the Museum of Contemporary Canadian Art in Toronto (2002). His novel Lost Between the Edges is published by Semiotext(e), New York. For fifteen years he was the editor of IMPULSE, an international magazine of art, fashion and ideas. He is the artist of numerous public sculptures including The Memorial to Commemorate the Chinese Railroad Workers in Canada. 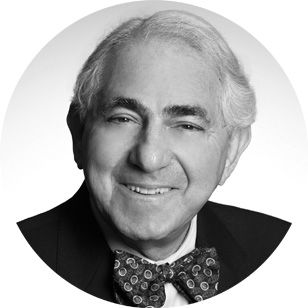 Aaron M. Milrad is counsel to Dentons Canada LLP, a global law firm, headquartered in Toronto. At Dentons he provides specialized legal and business advice to clients nationally and internationally who are involved in the arts, media and copyright industries.  Mr. Milrad has written and lectured widely on copyright law, art law, publishing and media law. 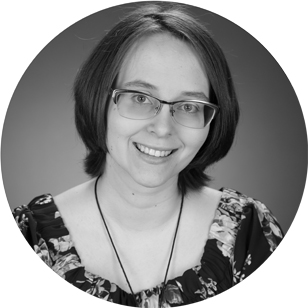 Karlene Ouellette's passion for curating started in high school during which she completed a co-op at the Woodstock Art Gallery as the I Gallery Assistant in Collections and Curatorial Practices. In that role, she developed her curatorial skills by working with incoming exhibitions and installation, working closely with the permanent collection, helping with tours, and assisting with gallery-wide operations. To further her education, Karlene attended OCAD University before transferring to York University’s specialized honours program, where she majored in history and had the opportunity to study abroad at the University of Copenhagen. This spring Karlene completed her Post Graduate Certification in Arts Management at Centennial College. She gained additional curatorial experience by interning at Propeller Art Gallery, where she performed administrative tasks. These tasks included website management, membership policy editing, drafting promotional materials, and assisting artists with exhibition installation and deconstruction. Karlene aspires to give back to the art community by opening a gallery of her own, paying forward the inspiration that has motivated and impassioned her throughout her life. 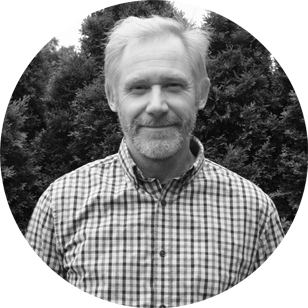 A working artist for over 30 years, David is represented by Loch Gallery. His paintings hang in the offices of The Lieutenant Governor of Ontario and The Governor General of Canada; The Crown Collection; Manx National Gallery, Isle of Man, Provincial collections of Ontario and Newfoundland; the Gail Museum, in Seoul, South Korea, and in many other collections around the world. Over the past few years, he has dedicated increasingly more time to organizing art projects and curating: most recently, the 'Eyes Of Society' exhibition, with a group of prominent Haida artists, at the Robert Bateman Centre in Victoria --  a project that lives on in the 'Eyes of Society - Social Commentary Award'.