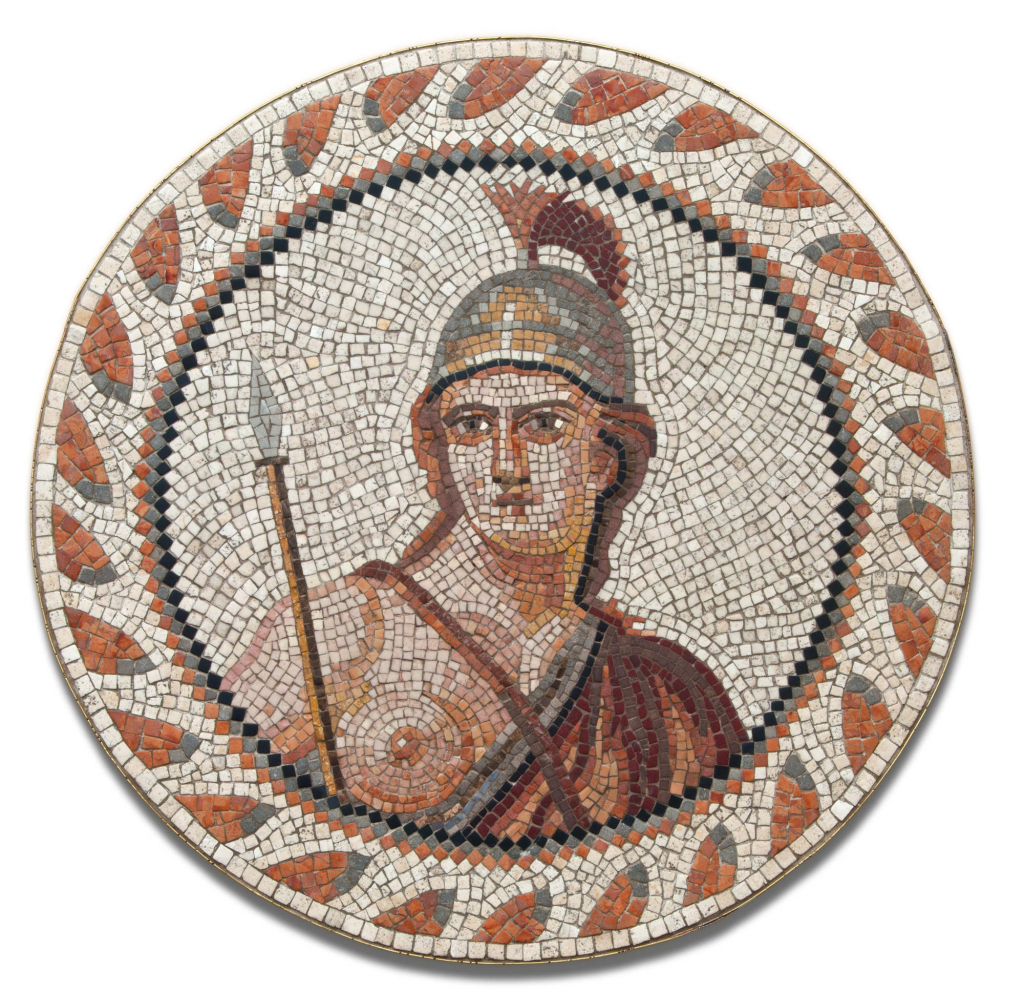 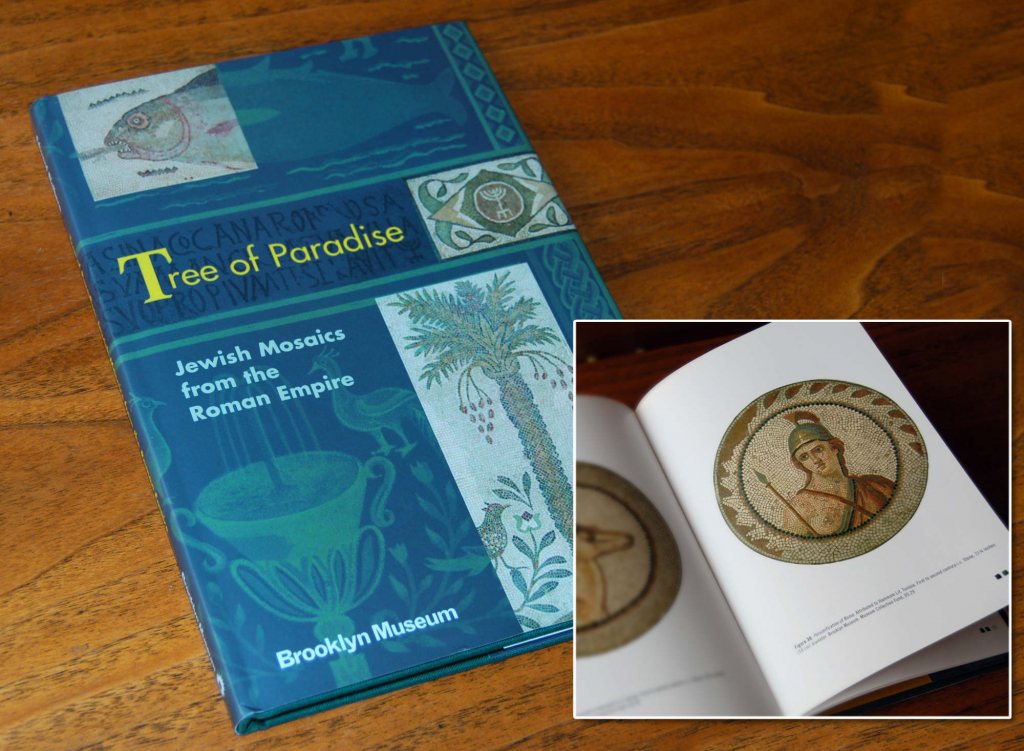 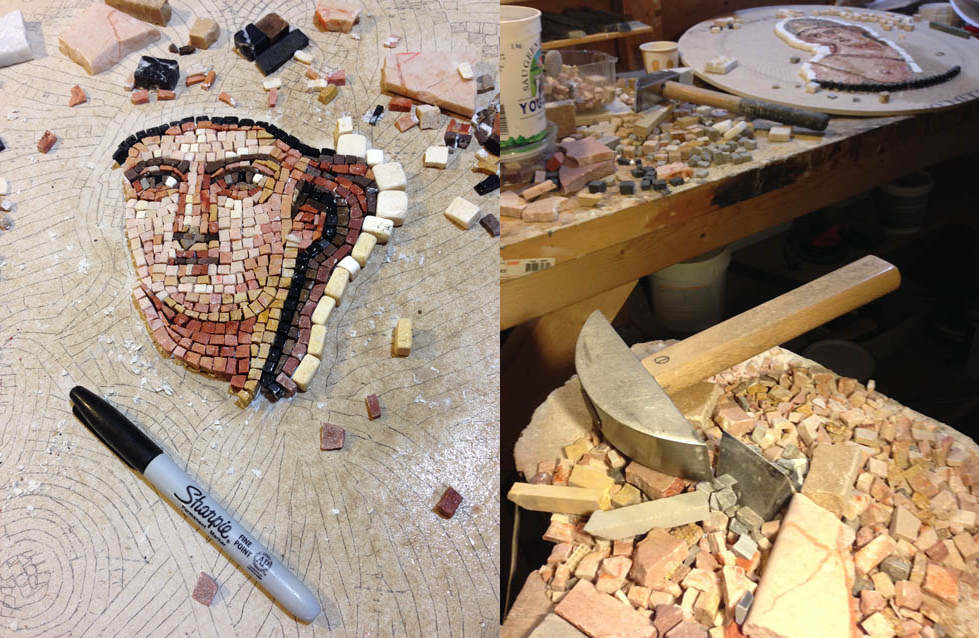 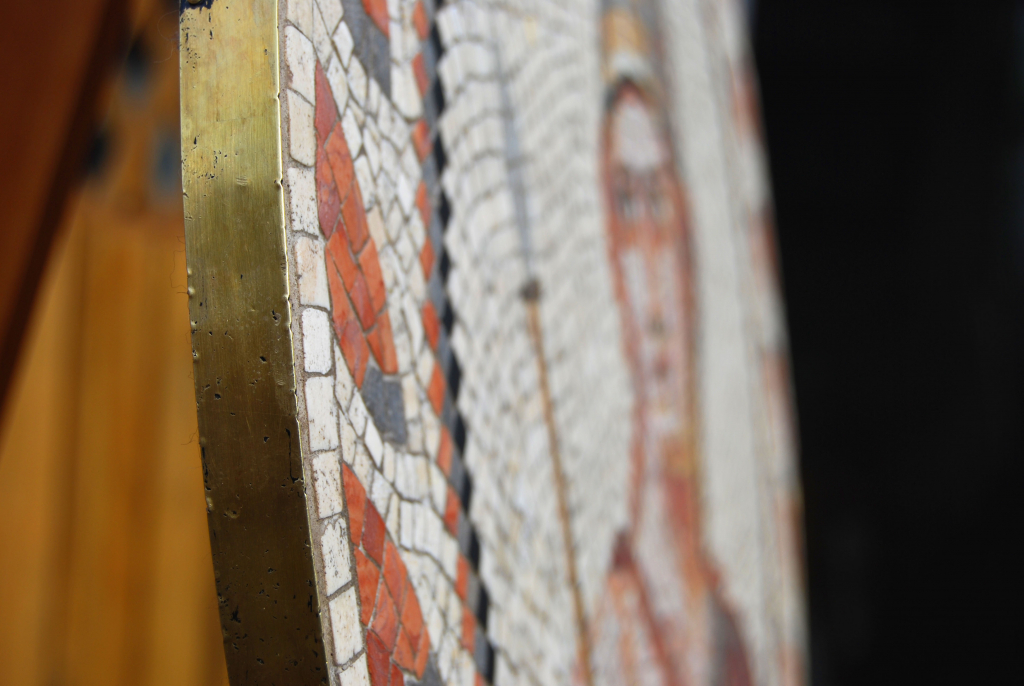 Detailed replica of the mosaic 'Personification of Roma', first to second century C.E. Tunisia.
This mosaic has been executed respecting size, number and position of stones as per the original, all tesserae have been hand cut one at the time using traditional hammer and hardie (chiesel)
Book 'Tree of Paradise' illustrating the discovery of the Jewish Mosaics from the Roman Empire is included.