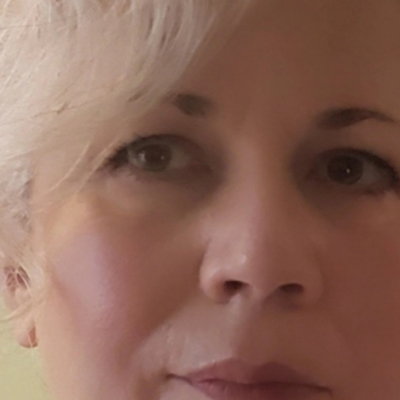 Toronto
Nathan Phillips Square
Booth 297
I was born and raised in Toronto and now live and paint in Scarborough, Ontario.

The paintings in this body of work are based on a collection of wallet sized heirloom family photos taken during the mid-twentieth century, before and after my parents immigrated from Greece to Toronto. The photos had been mailed between family members as a way of maintaining visual connections across geographic distance. The anonymous figures in the paintings evoke a general nostalgia for the (now obscure) biographies captured in the original photos; the minimalist surroundings and colour palette place the figures in an abstracted environment of imagined presence.

My work has been shown in Toronto galleries and is held in private collections in Canada.
Email Artist
Instagram Twitter 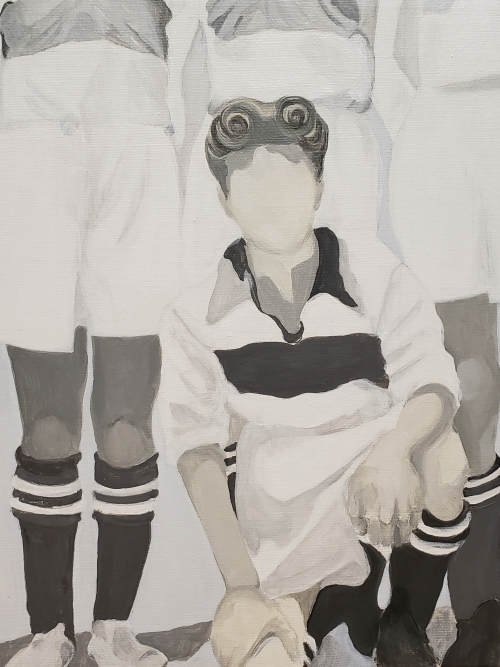 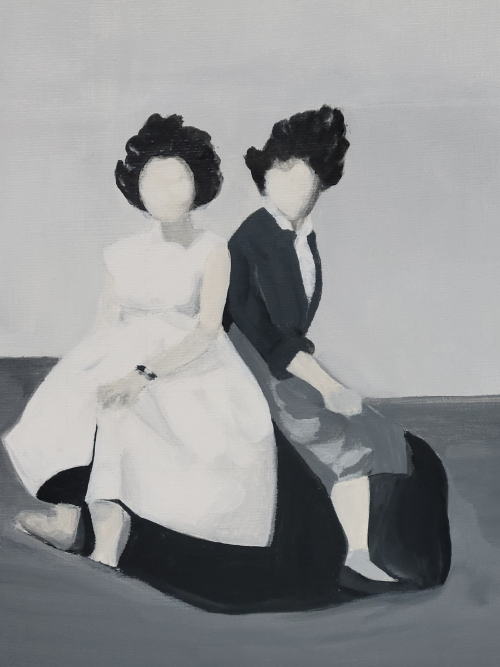 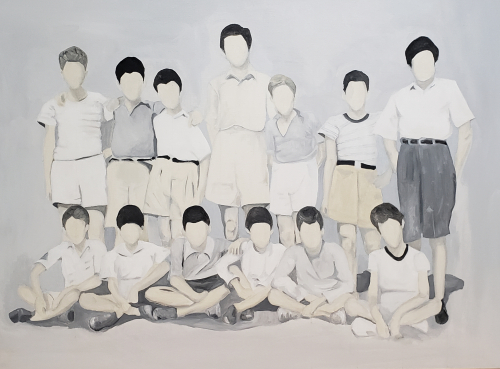 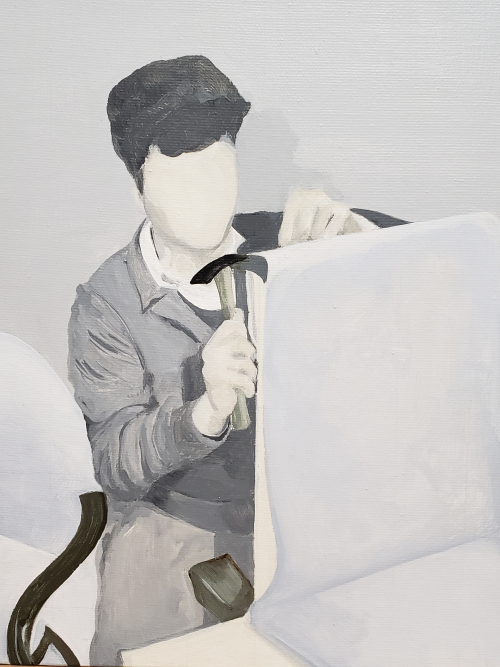 My Queen of Hearts 1 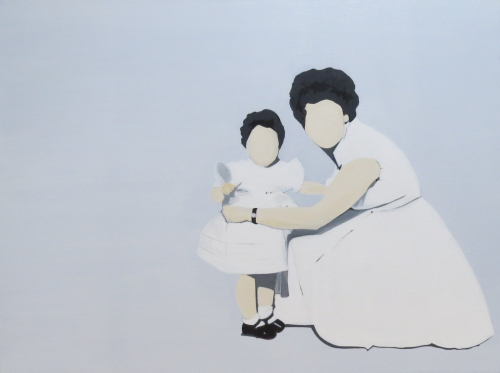 My Queen of Hearts 2 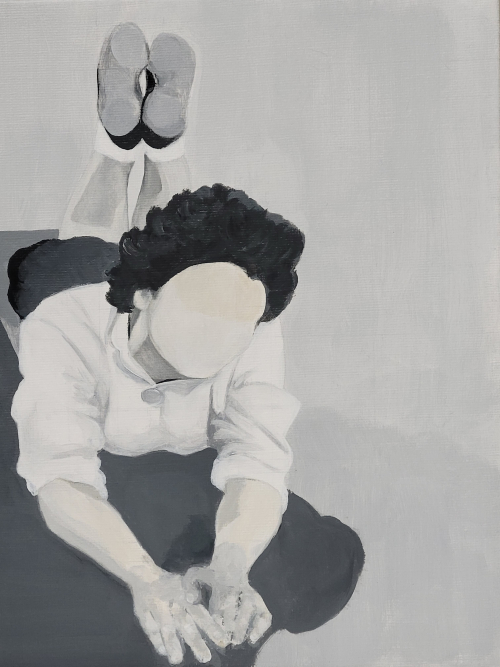 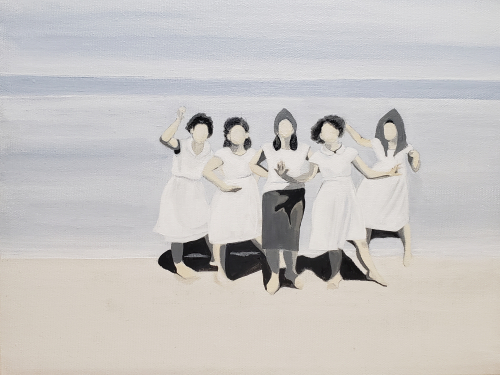