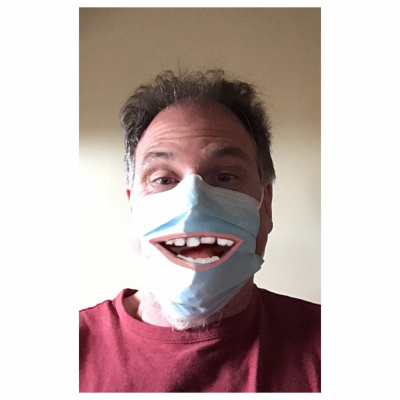 Halifax
Online Only
TOAF.ca
Oddment artist K MacLean creates sculptural works using oceanwood, wire, clock mechanisms, industrial surplus, and found objects that are interpretations of WW2 warships fused with fantastic vessels reminiscent of those imagined by Jules Verne.
The inspiration for the sculptures in “Zeebooten” unfolded while hiking numerous Nova Scotia beaches in search of ocean tumbled objects and encountering abandoned bunkers outside of Halifax and along the South Shore. These now forgotten bunkers are objects that tell the long history of defense along the sea, in particular the threat of U boats making their way into Halifax harbour and kindled childhood memories of battleships and model making. Creating from disparate objects considered disposable, and objects found on those walks, into a recognizable form requires the engagement of both the viewer and the artist’s imagination and pays homage to the stories that overlooked objects can tell.
Email Artist
Website Instagram 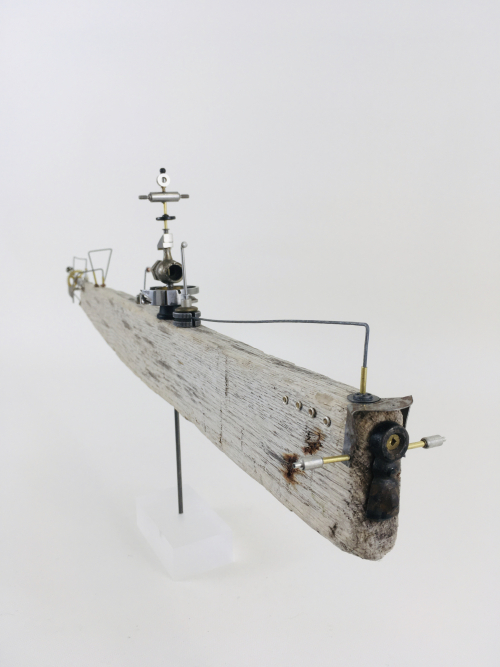 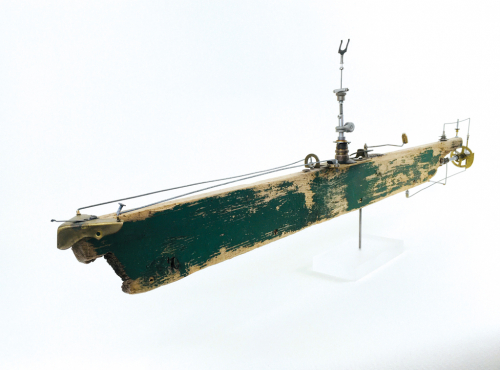 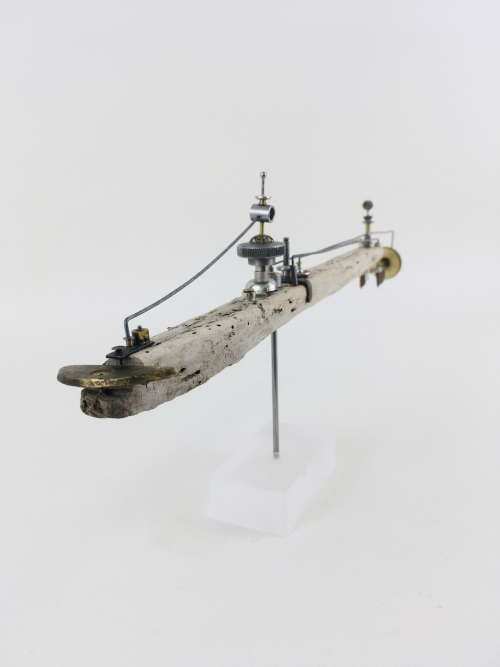 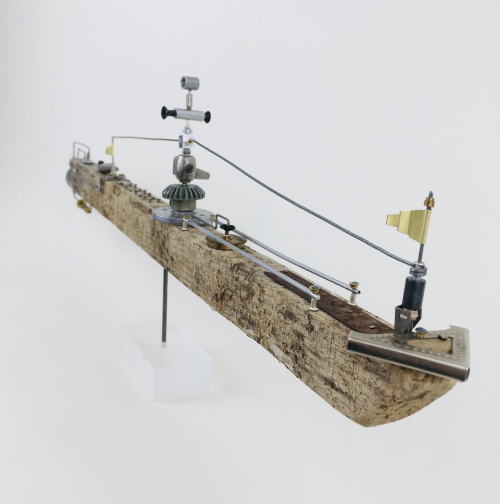 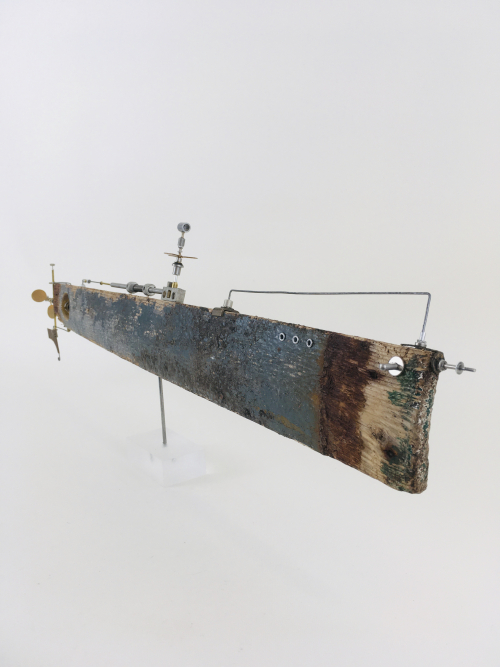 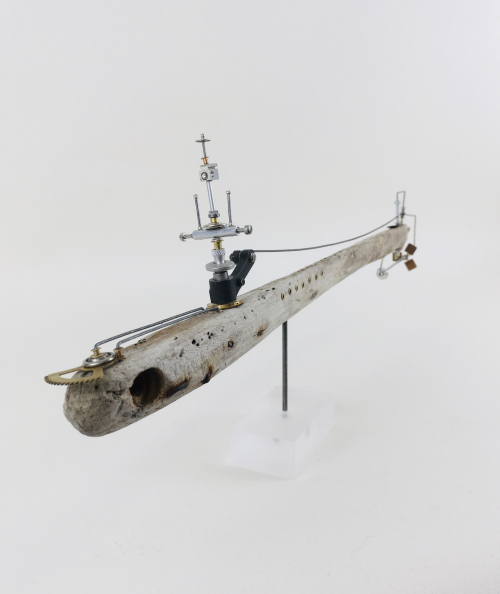 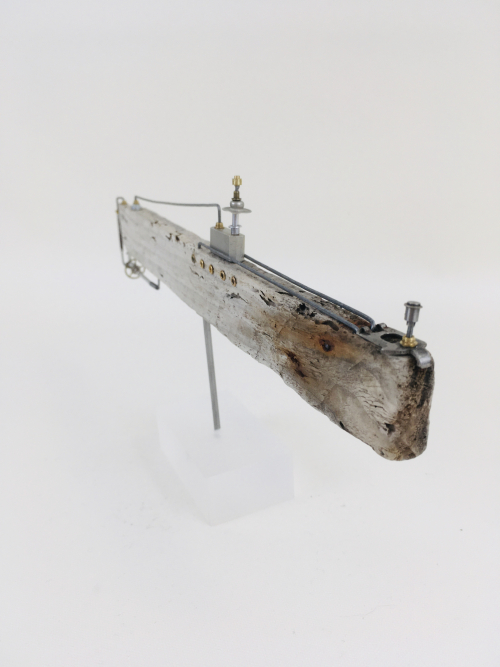 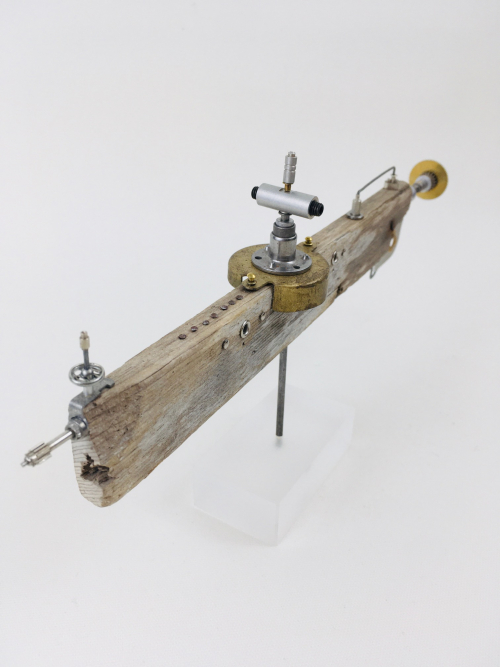 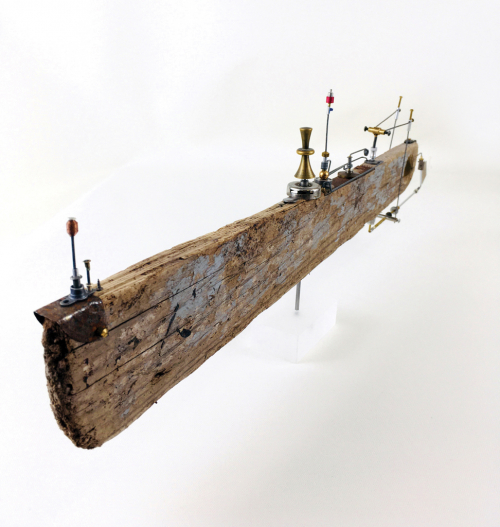 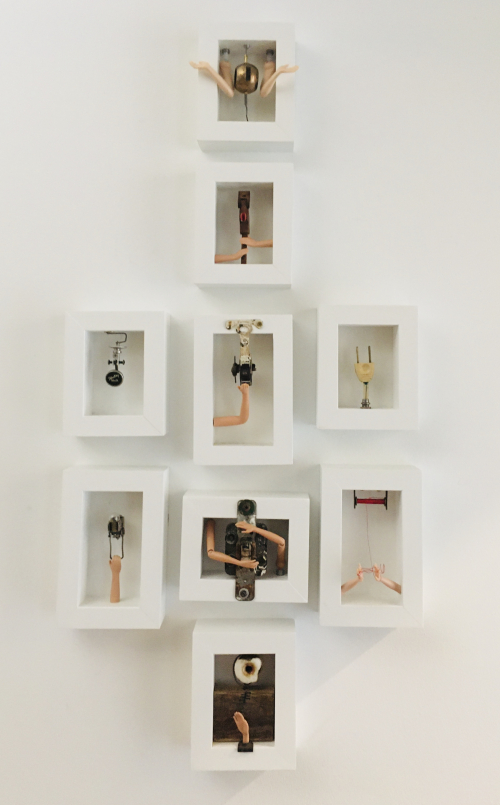