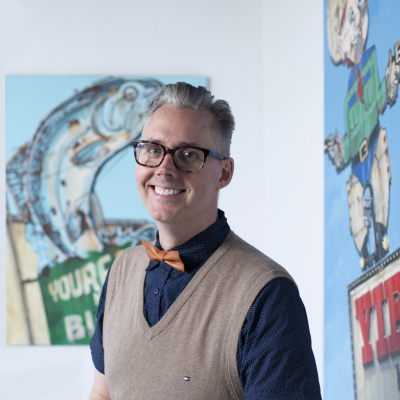 Toronto
Rob has been working full-time on his art since 2004. In that time he has rebuilt from a devastating studio fire, painted over 1700 works of art and shown in over 160 juried exhibitions including; The Toronto International Art Fair, The Artist Project and The One of a Kind Show. Rob is represented in a few Ontario and US galleries, is in the permanent City of Toronto Art Collection, and numerous private collections all over the world. His art has been in a bunch of Toronto magazines, on the cover of Quill & Quire magazine and he is even featured in a coffee table book! You can find his merch at several Ontario retailers including The Spacing Store & Sonic Boom! Rob has been profiled in the press, on blogs and by The Jealous Curator (which is kind of a big deal).Rob Croxford paintings are a carnival of colour and whimsy! His vintage-inspired work is instantly identifiable, and his clever approach to art merges pop culture, nostalgia typography and humour.
Email Artist
Website Facebook Instagram Twitter 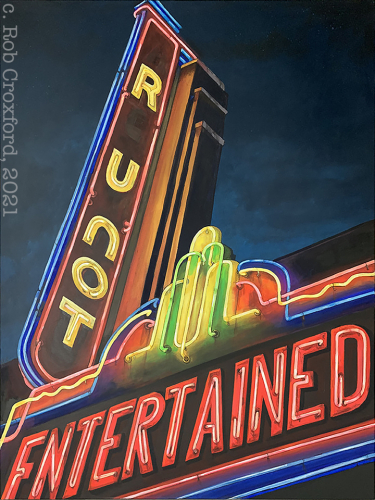 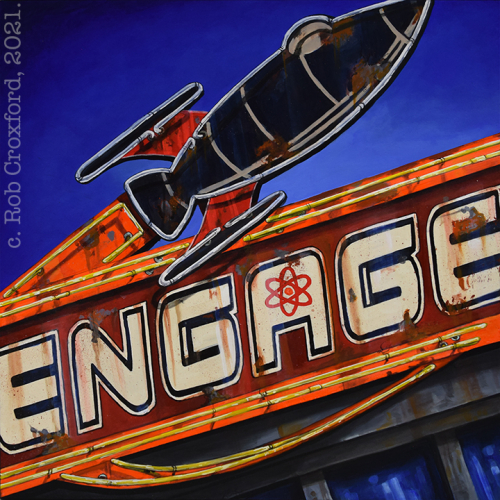 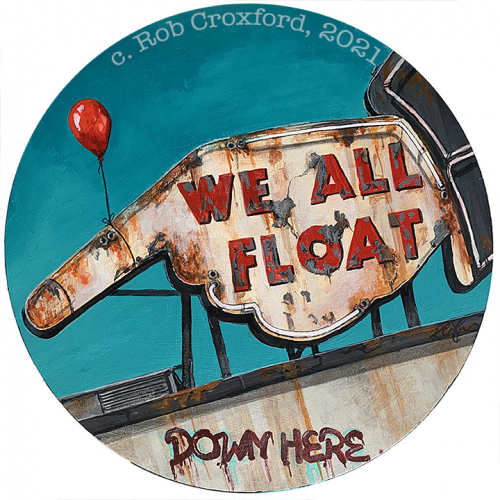 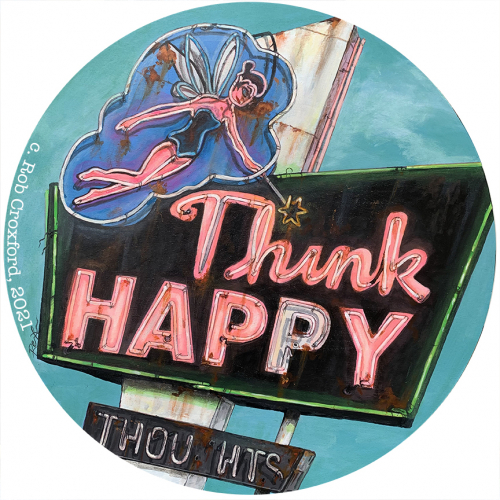 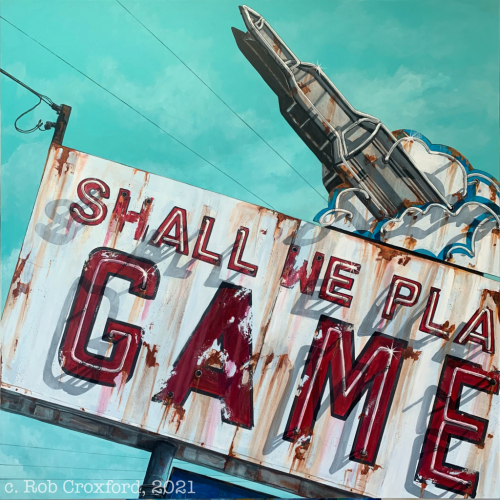 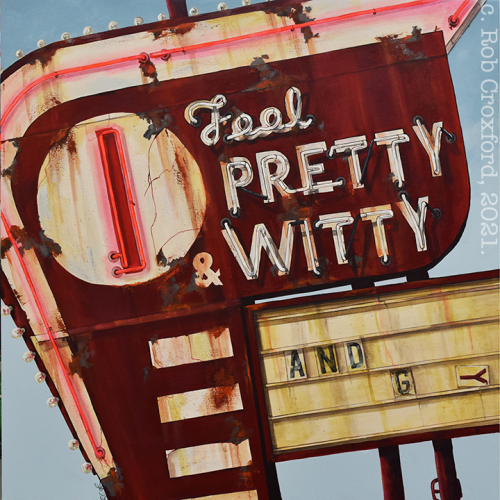 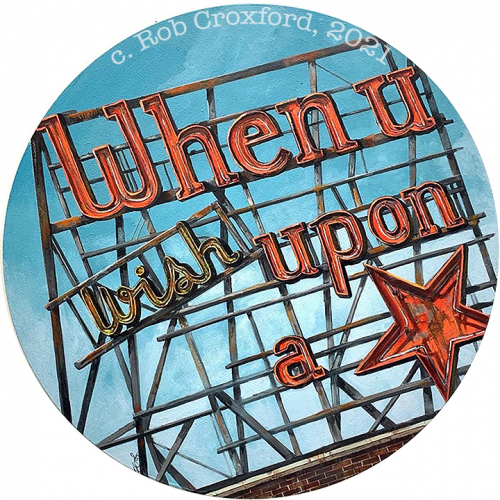 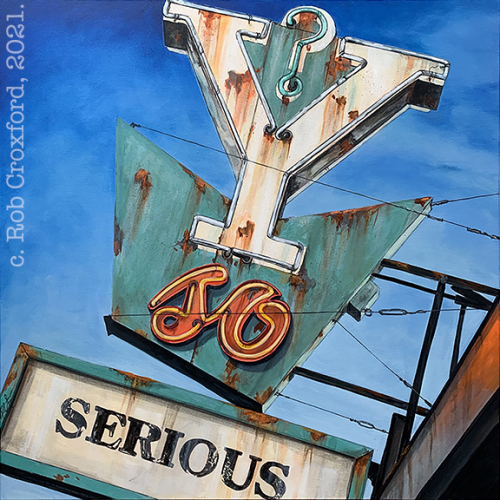