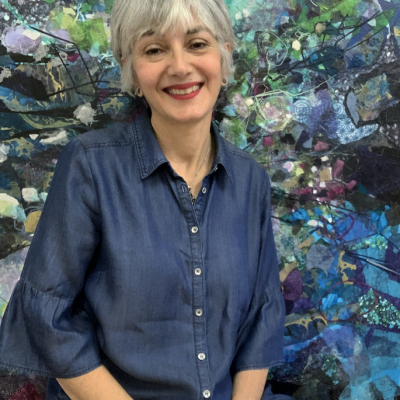 Guelph
Mary began her artistic foundation in fine art at the Ontario College of Art. During her undergraduate studies at the OCA off campus in Florence, Italy, Mary felt boundless inspiration that led to a new artistic expression. She began to create and understand her own art form and visual language. Layering only the finest imported Japanese, Nepalese, Korean and specialty paper fragments she creates a rich interplay of colour, space, and texture. No paint is used in her art.
Mary actively exhibits her work and has won numerous awards. A proud recipient twice at the TOAF. International awards include “Prix Du Jury” at the Societe’ Nationale des Beaux Arts (Carousel du Louvre, Paris, France).
Internationally she has exhibited in Monaco, Italy, Chicago and the Affordable Art Fairs in New York, London, Singapore and Amsterdam. Locally a few of her favourite shows she exhibits in are the Artist Project, One of a Kind show and the Guelph Studio Tour.
View www.karavosart for more work.
Email Artist
Website Facebook Instagram 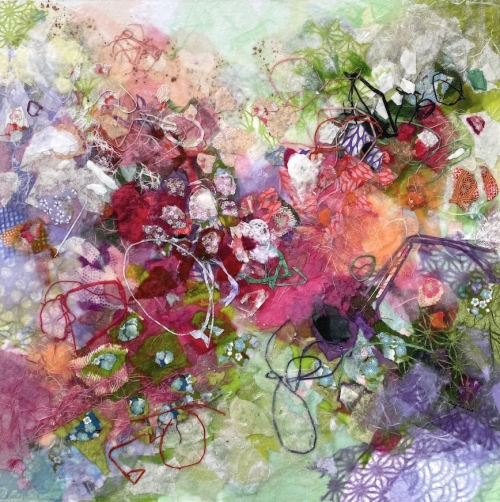 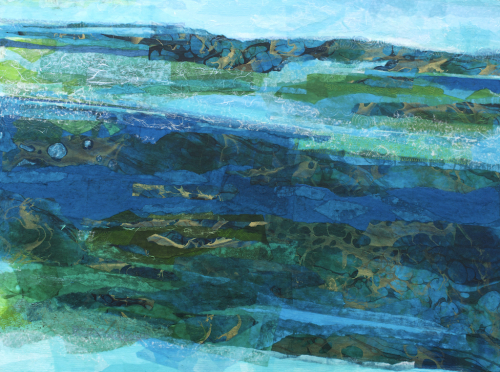 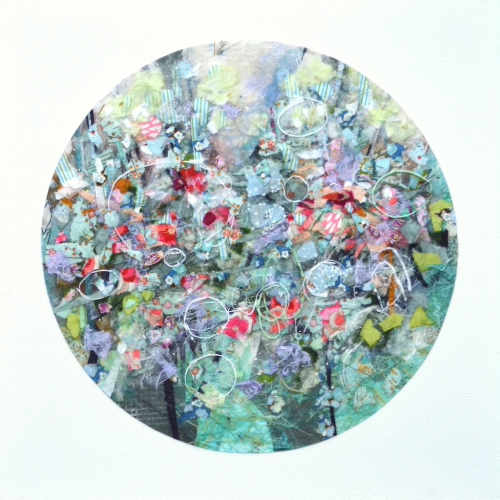 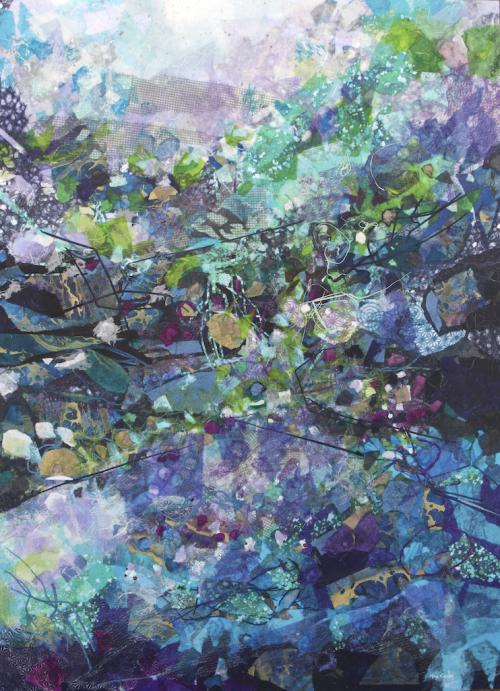 Floating in a Dream 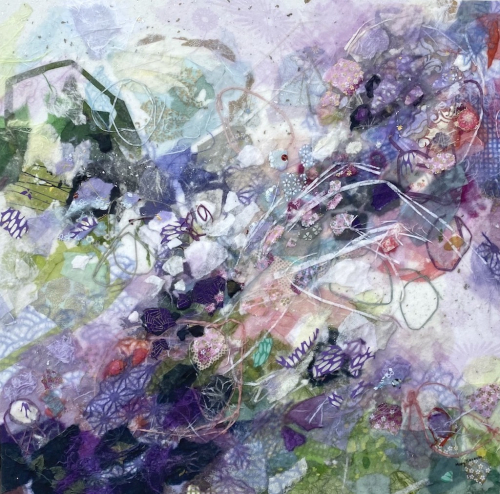 (sold!) Fragments of the Imagination 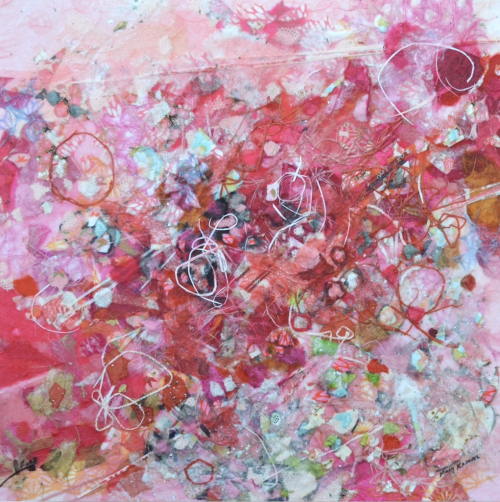 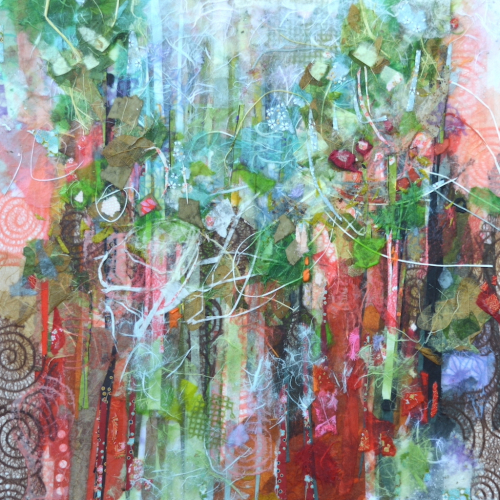 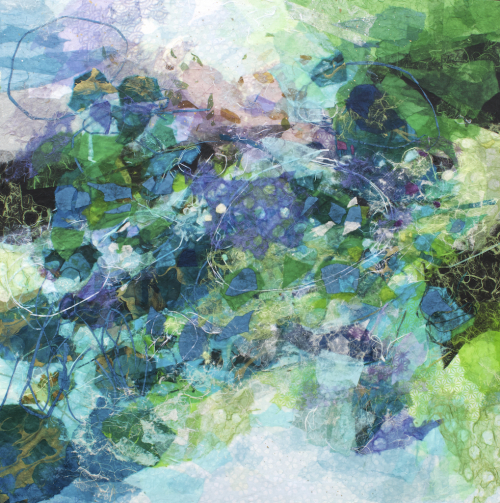 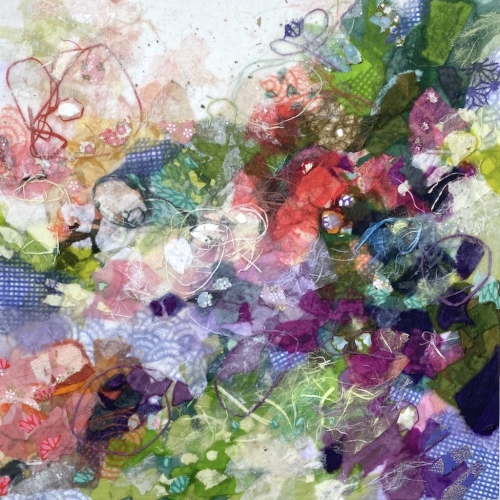 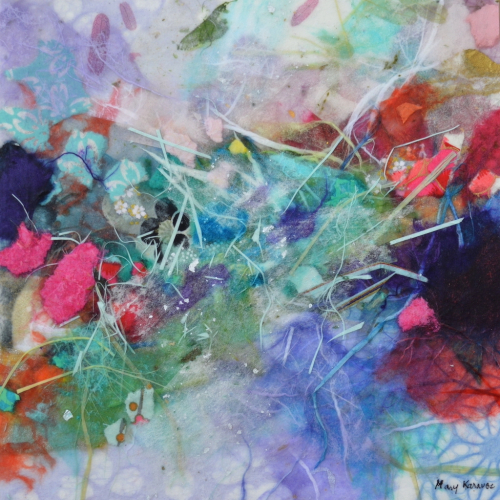 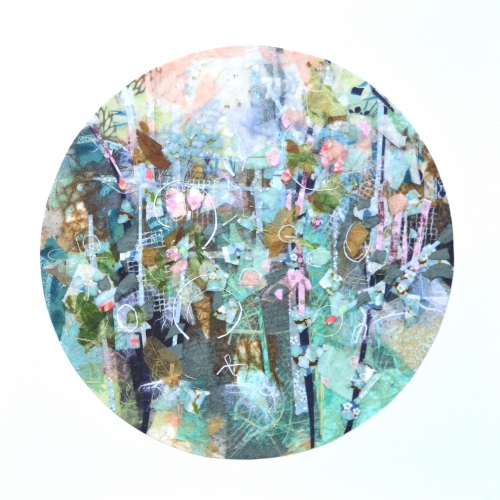 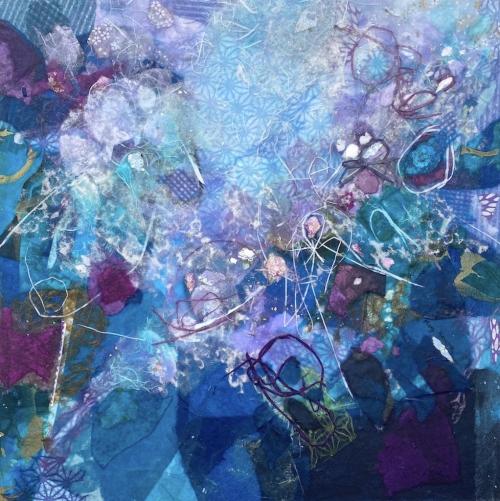