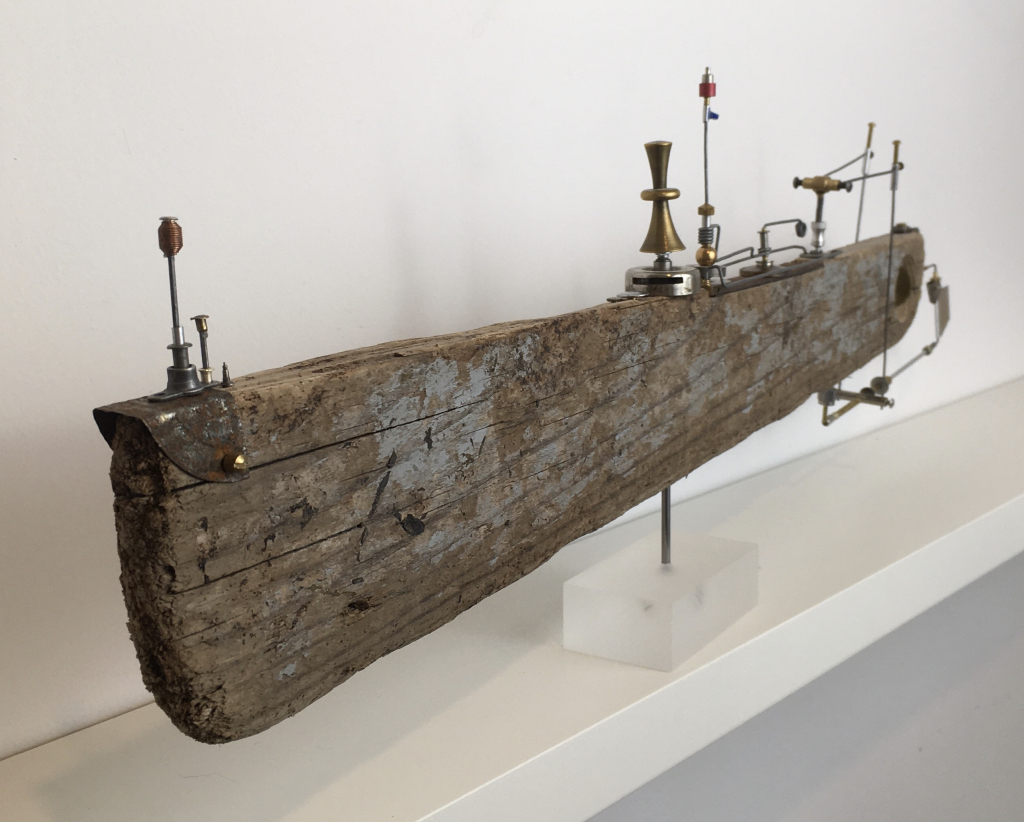 The Wahoo was quite a large submarine for it’s class and boasted an enclosed propellor housing within the hull of the ship. This would have been a great advancement in design had they not decided to make the rudder controls linked to such thin metal articulations. One or the other would eventually snap and the sub would circle endlessly. This flaw eventually led to its destruction by depthcharge in 1940 when it was located by radar due to the circling.
$325
View Artist Gallery
Email Artist