Toronto Outdoor Art Fair (TOAF) is the charitable non-profit organization behind Canada’s largest and longest-running annual contemporary art fair, showcasing 350+ curated visual artists & makers at Nathan Phillips Square every July. In 2021, TOAF celebrates 60 years of influencing the accessibility and growth of appreciation and participation in the arts in Canada. For this milestone event, TOAF presents a curated showcase of over 400 contemporary emerging and seasoned visual artists and makers from across Canada on TOAF’s digital platform.

In awards given to artists over 60 years

For sixty years, TOAF has been a key part in launching and sustaining the careers of 20,000 Canadian artists by directly connecting them to millions of art lovers, and public and private institutions. TOAF has given over one million dollars in awards, and continues to play an important role in nurturing the City of Toronto’s arts and culture sector while making art an integral part of the lives of Torontonians. In 2020, TOAF has shown agility, innovation, and resiliency in serving their community by transforming into Toronto Online Art Fair, providing an online platform that continues to make a meaningful impact on artists’ lives.

TOAF is known for hosting many nationally and internationally acclaimed Canadian artists under our iconic white tents at the early years of their careers including, Barbara Astman, David Blackwood, Edward Burtynsky, Ken Danby, Rob Gonsalves, Harlan House, Joanne Tod, and Jennifer Stead to name a few. Read what artists say about us.

TOAF is inclusive, accessible and radically welcoming to all artists and art enthusiasts.

We engage young art lovers and their families in high-quality art-making activities and discussions through Power Kids workshops, a young art collectors program and fun art talks just for kids.

Since 2011, TOAF has showcased contemporary installations, and site-specific work by acclaimed local artists. We select works that are exciting, dynamic and well-crafted to encourage the public’s engagement with an expanded vision of contemporary art.

In addition to providing hundreds of contemporary visual artists and makers a space to showcase their works and wares, TOAF also presents free site-specific dance pieces (or appropriated existing performances) for the cascading stage at Nathan Phillips Square. By offering these performances and tapping into the dance and music communities, TOAF audiences are able to expand their experiences of contemporary art.

We nurture the next generation of artists through partnerships with leading art schools and programs in the city such as OCAD U Career Launchers Program, Sheridan College, and the University of Toronto Scarborough. Our buzz-worthy Student Zone is a cultural treasure in the city with a loyal following and has sparked the discovery of fresh talents in thousands of art lovers since our inception. 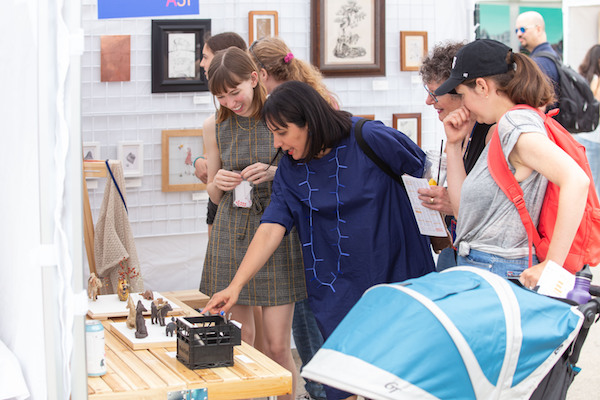 At Toronto Outdoor Art Fair, we have established a rich tradition of launching successful careers and providing a highly accessible venue for artists and the public to meet face-to-face. For the past 58 years, we have aimed to remove barriers to the arts from the perspective of cost, approachability and by welcoming diverse artists and audiences.

Art, our innate human expression, should be accessible and inclusive.

Investing in the creative economy of the city is part of our civic responsibility.

TOAF began in the parking lot of the Four Seasons Motor Hotel in 1961 when founders and philanthropists Murray and Marvelle Koffler joined forces with former Director of the National Gallery of Canada Alan Jarvis, and artist Jack Pollock. Four years later, the Fair moved to the newly built Nathan Phillips Square.

TOAF was founded on the premise that artists have the right to show and sell their work directly on city property. Sixty years later, TOAF not only prevails but continues to innovate and reinvent the way we access art.

"In 1960, my wife Marvelle and I had spent a weekend in New York where we were delighted in attending the famed Washington Square outdoor art show. On the plane home, we read in a Toronto newspaper that a group of artists had been ousted from the front of City Hall for trying to display and sell their artworks. Immediately, a great idea struck me! Why not invite these and other budding artists to show at a non-city-owned location.

The timing could not have been more appropriate. My partners and I were preparing to open the Four Seasons Motor Hotel on Jarvis Street in Toronto, and the parking lot and courtyard were ideally suited for this purpose. We chose the weekend of August 5 & 6, 1961. My friend, Alan Jarvis, former head of the National Gallery of Canada, chaired a committee of interested volunteers to mount the very first Toronto Outdoor Art Exhibition. And, as they say, the rest is history."

Read TOAF Memories shared by past and present TOAF artists: 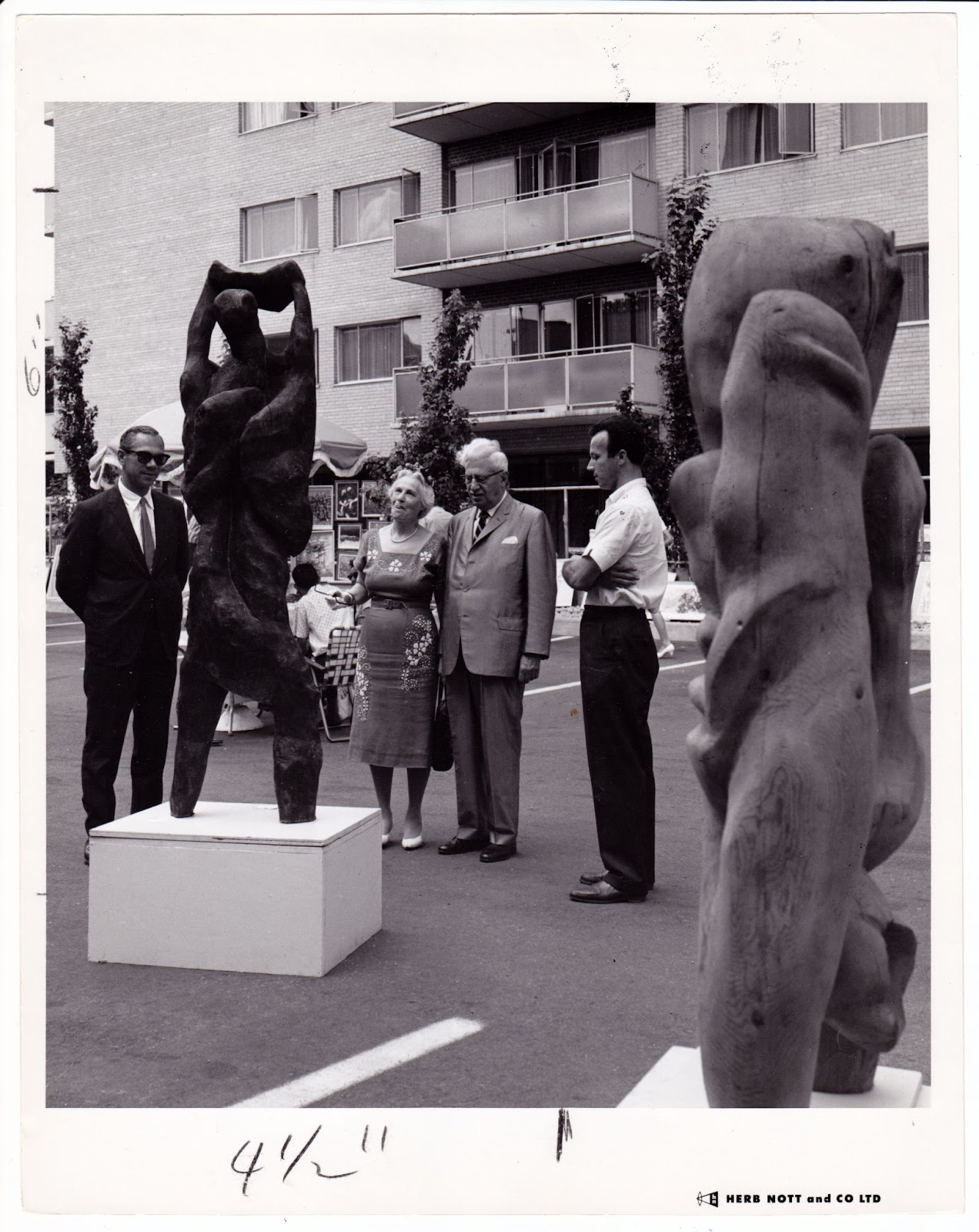 "I did the TOAF directly upon graduating from OCA (now called OCAD University). There was a small group of us from the art college that all decided to do this together for moral support... I did sell a few pieces at the show and occasionally have run into people all these years later who remind me that they bought a piece there for a very reasonable price and how happy the work has made them over the years. I was happy that they took a chance on me, a young unknown artist... I think all young artists should do this show and learn what there is to be learned from the whole experience!"

"I spent a few summers in the early 80’s at the Toronto Outdoor Art Fair with my work. It was a great experience meeting fellow Torontonians and tourists and having a chance to tell my story. I even sold a few prints which made the experience that much better!"